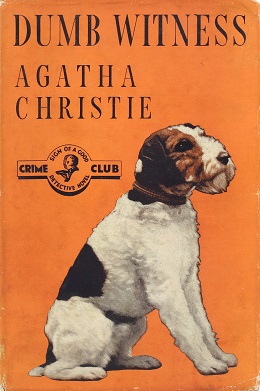 Having recently reviewed DUMB WITNESS, I decided to watch a TV version to see what changes the dramatisation made to the Christie story.
The one I chose to watch was produced in 1996 with David Suchet playing Poirot and Hugh Fraser playing Captain Hastings.

The first thing that strikes you is the change of setting: from Berkshire to Windermere (Coniston Water).
The second is the change of time frame: Charles Arundell is attempting to set a new water speed record, so the time frame has been changed from the mid 1930s to around 1949/1950. (Donald Campbell is mentioned in passing).

Here are some of the other modifications
The actual plot/murderer is unchanged, and all is revealed, Poirot-style, in a final denouement when all the characters in the story are assembled. However because of the changes I've listed above, many of the red herrings are either left out or do not work.

Which did I prefer? well, the book actually. I think the suspense was better there and the characters better drawn.