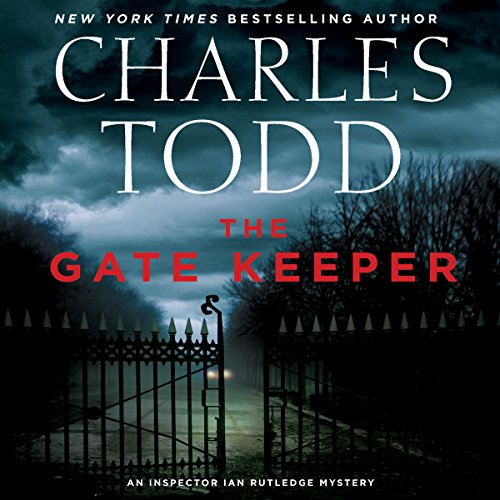 On a deserted road, late at night, Scotland Yard's Ian Rutledge encounters a frightened woman standing over a body, launching an inquiry that leads him into the lair of a stealthy killer and the dangerous recesses of his own memories in this 20th installment of the acclaimed New York Times best-selling series.

Hours after his sister's wedding, a restless Ian Rutledge drives aimlessly, haunted by the past, and narrowly misses a motorcar stopped in the middle of a desolate road. Standing beside the vehicle is a woman with blood on her hands and a dead man at her feet.

She swears she didn't kill Stephen Wentworth. A stranger stepped out in front of their motorcar, and without warning, fired a single shot before vanishing into the night. But there is no trace of him. And the shaken woman insists it all happened so quickly, she never saw the man's face.

Although he is a witness after the fact, Rutledge persuades the Yard to give him the inquiry, since he's on the scene. But is he seeking justice - or fleeing painful memories in London?

Wentworth was well-liked, yet his bitter family paint a malevolent portrait, calling him a murderer. But who did Wentworth kill? Is his death retribution? Or has his companion lied? Wolf Pit, his village, has a notorious history: in medieval times, the last wolf in England was killed there. When a second suspicious death occurs, the evidence suggests that a dangerous predator is on the loose and that death is closer than Rutledge knows.

Set in 1920. Rutledge is still suffering from post traumatic stress from the war and the recent marriage of his sister brings painful reminders of what life might have held for him.

The investigation he takes on into the shooting death of a motorist in the middle of the night in a sense provides a welcome distraction from his war memories and personal life, but in reality there is no getting away from the war and the impact it had on people's lives.

The title is a puzzle right to the end. The plot is intricate, and some of the strands tested credibility but as always the character portrayal was excellent.

Simon Prebble does a superb job of the narration.