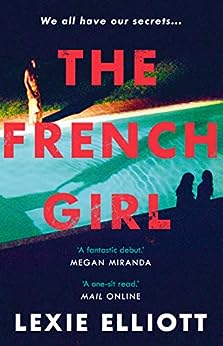 Everyone has a secret...

They were six university students from Oxford - friends and sometimes more than friends - spending an idyllic week together in a French farmhouse. It was supposed to be the perfect summer getaway...until they met Severine, the girl next door.

But after a huge altercation on the last night of the holiday, Kate Channing knew nothing would ever be the same. There are some things you can't forgive. And there are some people you can't forget...like Severine, who was never seen again.

A decade later, the case is reopened when Severine's body is found behind the farmhouse. Questioned along with her friends, Kate stands to lose everything she's worked so hard to achieve as suspicion mounts all around her. Desperate to resolve her unreliable memories and fearful she will be forever bound to the memory of the woman who still haunts her, Kate finds herself entangled within layers of deception with no one to set her free...

Who can remember exactly what happened ten years ago?

After Kate and her friends returned to England and new careers after their holiday in France, Severine, the girl next door to where they stayed, was declared missing. They were all interviewed at the time to establish a timeline of when Severine was last seen, but she was never found.

Now her bones have been found down a well on the property they were staying in. One of their group has died in the war in Afghanistan and the rest have been apart establishing their careers. A policeman has come from France to interview them again, and Kate is made to feel that she is under suspicion. The policeman advises that she should "get a lawyer".

Events occurred that night that fractured their group forever and the real significance of some events has never been explored.

There is a paranormal element to this story that plays a significant role, but I didn't much like it.

LEXIE ELLIOTT grew up in Scotland, at the foot of the Highlands. She graduated from Oxford University, where she obtained a doctorate in Theoretical Physics. A keen sportswoman, she works in fund management in London, where she lives with her husband and two sons. The rest of her time is spent writing, or thinking about writing, and juggling family life and sport.