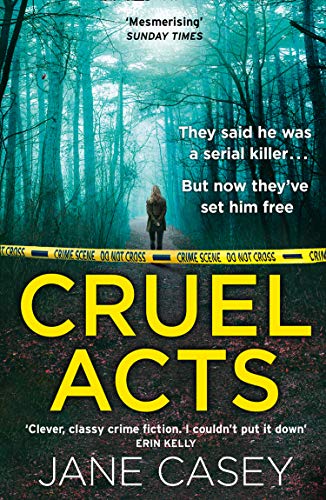 Guilty?
A year ago, Leo Stone was convicted of murdering two women and sentenced to life in prison. Now he’s been freed on a technicality, and he’s protesting his innocence.

Not guilty?
DS Maeve Kerrigan and DI Josh Derwent are determined to put Stone back behind bars where he belongs, but the more Maeve digs, the less convinced she is that he did it.

The wrong decision could be deadly…
Then another woman disappears in similar circumstances. Is there a copycat killer, or have they been wrong about Stone from the start?

If anyone can work out whether Leo Stone is truly guilty of at least two nasty murders, it will be Maeve Kerrigan. He has been released, pending re-trial, because members of the original jury were influenced by media and internet resources. One of the things that Maeve and her boss has to do is to go through the original case to see if anything was missed.

Leo Stone is not a particularly nice person, but despite that, Maeve is finding that some of the evidence the police based their case on just doesn't add up.

I think I suffered a bit from not reading 4 of the books in this series and I was floundering a bit with details of Maeve's personal life, and how it is she comes to be living in a flat owned by her boss.

Nevertheless I have to admire her dedication to the job and her willingness to go that little bit further.
This is a tightly plotted book with some threads that give the reader plenty of food for thought.