How often have you wondered why the author did what he/she did?
This cartoon appeared recently on Overkill.

Every now and then you read a book where the author appears to have painted himself into a corner as it were, and the only solution has been to introduce another character, kill off someone you really liked, or even produce a rather wet explanation for something that has already happened. Sometimes they just avoid explaining, and leave a thread dangling. 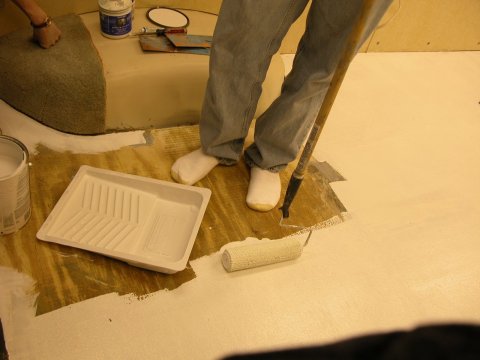 One of the solutions is to decide that the narrator, whom you the reader trusted up until now, is actually the murderer. Some authors will, a bit defensively I think, tell you that they didn't really know who had done what when they began writing.

There's an interesting Wikipedia article about the "twist in the ending" which points out for example that Agatha Christie's decision to employ the unreliable narrator in THE MURDER OF ROGER ACKROYD caused outrage because it was felt that she hadn't been fair to the reader. I seem to remember a Christie plot where a bullet came through the train window and the resultant death was after all an accident. Does anybody remember that? Perhaps it is just my imagination!

The Wikipedia article also mentions a Greek Tragedy ploy: Deus ex machina is a Latin term meaning "god out of a machine." It refers to an unexpected, artificial or improbable character, device or event introduced suddenly in a work of fiction to resolve a situation or untangle a plot. I've certainly noticed a few of those in crime fiction. Once again the reader has little chance of solving the crime for themselves - in P.D. James' terms the writer simply hasn't played fair. Of course what she is actually saying is that information available to the detective is available to the reader. "By the end of the book, the reader should have been able to arrive at the real solution from clues inserted into the novel."
You might find an earlier post SS Van Dine's 20 rules for writing Crime Fiction interesting.

Thanks for the great cartoon, Kerrie! I'm sorry that I don't know the Christie story you're referring to (where the bullet goes through a window). I'll do some research on it.. In the meantime, you're absolutely right that Christie took a lot of grief for the ending of The Murder of Roger Ackroyd . Many of her readers thought she wasn't "playing fair." Thanks for the reminder.

I think this is a cartoon that Vanda at Overkill found amongst her papers Margot - brilliant is it? We are probably breaking all sorts of copyright by reproducing it :-(.
I'd like to find the bullet through the train window plot - my memory is that a passenger on the train is found in a carriage with a bulet through the head. Passengers on the train are investigated and at first it is assumed he has been killed by a fellow passenger and that the bullet hole in the glass is a failed attempt. Then that someone stood outside on the platform and fired in. Finally that it was no-one on the train, or on any platform. Final explanation is that it is a stray bullet from a hunt happening near the train line out in the country. I'm not sure whether it was a novel or a short story, but it has stuck in my mind for 40+ years I suspect as an example of how Aggie could lead her readers through torture, laughing at them all the time. I suspect she had a cruel streak...

Thanks for the details about that story, Kerrie. I'll go on a hunt for it : ). I tried a few resources, but no luck yet. As soon as I find it, I'll let you know. I agree with you, too, that Agatha Christie probably thoroughly enjoyed scoring off her readers. She did so often enough :).

I love Christie but once in a while she did not play fair. In one of her books (Blood Will Tell?), Poirot is able to solve a mystery because he opens a drawer and sees a document (it's been a while--perhaps a birth certificate?) which lets him know a character with a "gender neutral" name is male not female. The reader knows that Poirot has opened a drawer and seen something, but not what he's seen. Of all Christie's books, that was the one that sticks in my mind as not playing fair with the reader.

I'm not familiar with the bullet story in Christie, but Cynthia Harrod-Eagles has a mystery where a conductor drops dead and it's assumed a bullet killed him, but the autopsy revealed that the bullet (that just happened to be shot at the moment the conductor was dying) did not kill him, something else did. It's a bit of a lark, but I remember the book being quite entertaining.

I'm one of those readers who was unhappy with the Roger Ackroyd book. It just didn't feel natural like her other books. Could the bullet be The Mystery of the Blue Train. i haven't read it yet but it's coming up in my list soon.

Thanks for the example Deb. There are a couple of examples too in the early Poirot books where he goes off on his own for a day or two and doesn't tell Hastings (or us) what he's learnt until the final revealing. I think that is in THE MURDER ON THE BLUE TRAIN

I don't think it is that one Margot - I've read that - it is one set in the English countryside - now I'll have a few people looking and I'm sure we'll locate it one day.

As you can tell from the blurry scan, I'd clipped out that cartoon years ago and kept it in one of my newspaper mountains. It was too good not to share!

The wisdom of peanuts, can't be beat.

Thanks for dropping by Vanda. I thought that must have been how you came by the cartoon. I can see why you kep it. The message is great.