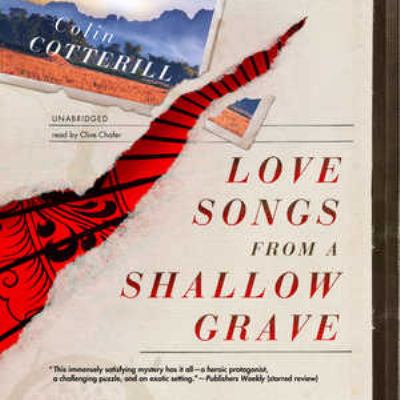 Three young Laotian women have died of fencing sword wounds. Each of them had studied abroad in an Eastern bloc country.

Before he can complete his investigation, Dr. Siri is lured to Cambodia by an all-expenses-paid trip. Accused of spying for the Vietnamese, he is imprisoned, beaten, and threatened with death.

The Khmer Rouge is relentless, and it is touch and go for the dauntless, seventy-four-year-old national - and only - coroner of Laos.

Read a synopsis from the author's site.

Dr Siri Paiboun, 74 years old and the official and only coroner of Laos, narrates most of this story from a cell in a Cambodian gaol, where he is chained up, awaiting death. Set against South East Asian politics 1978.

If you haven't read any in this series before, this is not the one to start with. It helps if you have at least read a few of the earlier books which will introduce you to Dr Siri, his assistants, his friends and his wife.
You'll also learn something about the way Dr Siri communes with ghosts, and be introduced to his (or the author's) rather quirky sense of humour. On the other hand there is some quite serious political comment.
Start at the beginning with THE CORONER'S LUNCH.

I didn't particularly like Clive Chafer's narration. He did an excellent job of the voices of the various characters but his delivery of the main connecting narration was monotone and flat. I also had a bit of a problem with his pronunciation of names - he seemed to be saying "Silly" for Siri, and I kept muddling other names up.

But the story is interesting.

Other reviews to check:
Other books in the series that I have reviewed
DISCO FOR THE DEPARTED (#2)
THIRTY THREE TEETH (#3)
ANARCHY and OLD DOGS (#4)

I'm trying to push myself into listening to an audio book at least once but somehow the idea doesn't appeal to me. I don't mind listening to a short speech, occasionally.