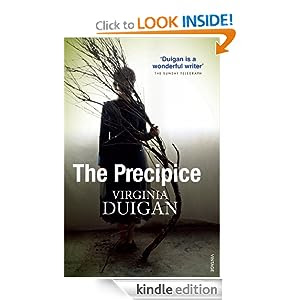 Longlisted for the 2012 Miles Franklin Award.
Thea Farmer, a reclusive and difficult retired school principal, lives in isolation with her dog in the Blue Mountains. Her distinguished career ended under a cloud over a decade earlier, following a scandal involving a much younger male teacher. After losing her savings in the financial crash, she is forced to sell the dream house she had built for her old age and live on in her dilapidated cottage opposite. Initially resentful and hostile towards Frank and Ellice, the young couple who buy the new house, Thea develops a flirtatious friendship with Frank, and then a grudging affinity with his twelve-year-old niece, Kim, who lives with them. Although she has never much liked children, Thea discovers a gradual and wholly unexpected bond with the half-Vietnamese Kim, a solitary, bookish child from a troubled background. Her growing sympathy with Kim propels Thea into a psychological minefield. Finding Frank's behaviour increasingly irresponsible, she becomes convinced that all is not well in the house. Unsettling suspicions, which may or may not be irrational, begin to dominate her life, and build towards a catastrophic climax.

On the face of it, THE PRECIPICE is not a crime fiction novel, although by the end you realise that more than one crime has been committed, and there are certainly plenty of puzzles to solve.

Thea Farmer became a teacher and eventually a school principal without much liking children. She thinks she is a pretty good judge of character, but doesn't really get on with people particularly well, preferring her own company and that of her elderly dog Teddy. She was dealt a cruel blow in her forced retirement by the global financial crisis and has to sell her dream home in the Blue Mountains. She resents the people who've bought her house but as she has bought the cottage next door, which she calls the "hovel", she is very aware of them.

Thea joins a creative writing class and through her pieces for the class, and her interactions with the people who have bought her house, we piece together the mystery of her life. In fact there is more than one mystery. Despite her better judgement Thea befriends 12 year Kim.

When she begins to believe that her new neighbour Frank is not a good role model or guardian for his niece Kim, Thea is unable to stand to one side and do nothing.

An intriguing book that kept my interest throughout. Towards the end the tension builds as you just know Thea is going to do something and are not sure what. And is it something she has done before?

Kerrie - I'm very glad you liked this, and thanks for the fine review. I've been interested in this for a bit now and you've reminded me I need to see if I can get a copy.

Glad you liked it Kerrie - I gave a copy to a septuagenarian I know and said that Thea reminded me of her. I meant it in a good way but she thought I was worried she was a criminal :)

It's on my list! (As, amazingly, available on UK Amazon, at a price.)