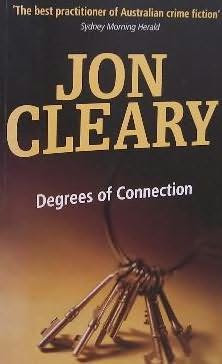 Marilyn Hyx, loyal private secretary to Natalie Shipwood, the dynamo behind the Orlando Development Company, is found murdered in her home. Is it simply coincidence that she had in her possession some very sensitive Orlando documents? This is a Scobie Malone mystery, set in the world of shady financial deals and desperate dreams.

A year or two has passed since the events covered in WINTER CHILL which I read last year.

It is now 2001 and Scobie Malone as been promoted from inspector to superintendent, while Russ Clements is now head of Homicide. Malone's son, Tom, seems to have impregnated a girlfriend who is subsequently murdered and his daughter Maureen is an ABC journalist covering the Securities Commission investigation into Orlando. Both Scobie and Russ are having trouble in adjusting to their new roles and responsibilities.

If there is a focus in this novel it is greed and how Australia fared during the financial collapse of the early 21st century. There are references to the New York Twin Towers tragedy and the rise of terrorism as a global fear factor. There's also a sub-theme of families, loyalties, and friendship.

We really enjoyed the Australian ambience and cricket lovers will enjoy the likening of interrogation techniques to changing the bowling.

Brian Hewlett does a brilliant job of the narration.

DEGREES OF CONNECTION demonstrates what a master writer Jon Cleary was. It won the 2004 Ned Kelly Award for Best Novel. It was not only Cleary's last Scobie Malone title but also his last crime fiction.  He declared he was getting "stale" and that he nothing more to write about.

Jon Cleary, well known outside this genre as the writer of THE SUNDOWNERS, was the winner of the inaugural Lifetime Contribution Ned Kelly Award in 1996.
DEGREES OF CONNECTION was so enjoyable that I am very regretful that I have read only two in the series. They are very faithful to their Australian (New South Wales) setting, refer to contemporary events, and are characterised by their empathetic portrayal of Malone, Clements and their families.