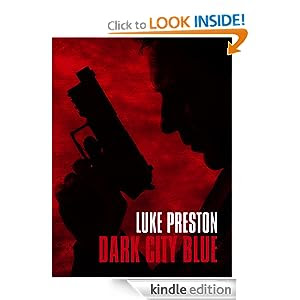 If there's one thing worse than a crooked cop on your heels then it's a whole unit of them.

A fistful of people are murdered, fifteen million dollars is stolen and detective Tom Bishop is stuck in the middle. When he hits the street, every clue points in the same direction - his colleagues in a police department demoralised by cutbacks and scandals. Hunted, alone and with no place left to turn, Bishop embarks on a hellish journey down into the gutters where right and wrong quickly become twisted and problems are solved with gunfire and bloodshed.

Over the next two days, Tom Bishop will be cornered. He will be beaten. He will bust into prison. He will shoot at police. He will team up with violent criminals. He will become one of them. He will break every rule in the book, chasing a lead nobody else will go near down a rabbit hole of corruption, murder and buried secrets.

Will Bishop become the very monster he set out to destroy?

A modern hard-boiled tale that unfolds at a relentless pace, Dark City Blue is Serpico, if Serpico snorted a fistful of cocaine and hung out with Lee Marvin.

Forty year old Tom Bishop is a rare beast in VPD (The Victoria Police Department) - he is an honest cop. But honesty has come at a price.


Patterson leant back in his chair. Picked up Bishop’s personnel file. It was three inches thick.

‘I read this and I see two things. I see a career detective who’s brought down some heavy hitters. Benny Eastwell, Rob Black – Jesus, you hunted Terry Vass halfway across the country and copped two bullets in the back for your trouble, and you still brought him in.

I look at this and see a hero cop with more commendations than twenty cops put together.
Then I read between the lines and do you know what else I see?’ Bishop shook his head.

‘I see bruised suspects and others in body bags. I see corners cut and laws bent—’

‘I never broke the law.’

‘You’ve skimmed the edges of it. The question I ask myself is, who is the real Tom Bishop?
The hero cop on these pages or the violent man hidden between the lines?’

He put the lid on his pen and the pen in his pocket.

The VPD plays host to a network of corrupt police, from the top to the bottom. The head of this network is called Justice, his identity unknown, although his minions in the police force are more obvious.  When the takings from Melbourne's Casino are hijacked, and an innocent sex worker is killed in cold blood, Tom Bishop decides to hunt the villains even if it means he has to work on his own. And worse than working on his own is not knowing who his enemies are.

The author raises an interesting issue in asking whether Tom Bishop, who leaves behind him a trail of death and destruction, is any better than those he is hunting down.

DARK CITY BLUE is very topical for Australian readers. Investigations into police corruption and connections between the police and organised crime have received considerable publicity both in investigative journalism and television semi-fiction.

Most readers will find the violence in DARK CITY BLUE confronting, and I think there were a few issues with the jigsawed time frame the author uses. But there can be no doubt that Luke Preston is a writer to watch, this being his debut novel.