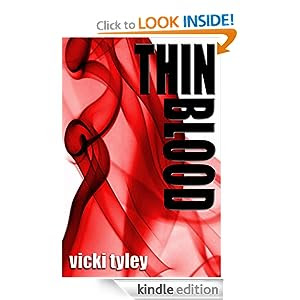 Craig Edmonds, a successful stockbroker, reports the disappearance of his wife, Kirsty. What starts as a typical missing person's case soon evolves into a full-blown homicide investigation when forensics uncover blood traces and dark-blonde hairs in the boot of the missing woman's car. Added to this, is Craig's adulterous affair with the victim's younger sister, Narelle Croswell, compounded further by a recently acquired $1,000,000 insurance policy on his wife's life. He is charged with murder but, with no body and only circumstantial evidence, he walks free when two trials resulting in hung juries fail to convict him.

Ten years later, Jacinta Deller, a newspaper journalist is retrenched. Working on a freelance story about missing persons, she comes across the all but forgotten Edmonds case. When she discovers her boyfriend, Brett Rhodes, works with Narelle Croswell, who is not only the victim's sister but is now married to the prime suspect, her sister's husband, she thinks she has found the perfect angle for her article. Instead, her life is turned upside down, as befriending the woman, she becomes embroiled in a warped game of delusion and murder.

I've been meaning to read this novel by Australian author Vicki Tyley for some time now and I found it a satisfying read. The plot is well thought out, perhaps a little unlikely, and I liked the main character Jacinta Deller.
The setting is suburban Melbourne but I didn't think the novel had a particularly Australian flavour, apart occasional bits of the dialogue.
I must admit that I had the final solution worked about about two thirds of the way through, and was pleased to find that I was right.
I believe Vicki Tyley's books might only be available as self-published e-books, but perhaps someone could leave more information via a comment. If you are looking for a light but satisfying read, then this might hit the spot.
My rating: 4.3
Posted by Kerrie at 12:19:00 pm

Kerrie - This does sound like a nice, light read. And I do like a past/present connection such as you find in those 'cold case' stories. Thanks for sharing this.

Hi Kerrie - What a lovely surprise. Your review was the perfect way to end the week.

You are quite right about the availability of my titles. Because my US agent is still submitting them to trade publishers, they're not available in print yet.

Thanks again. Have a great weekend.

Hi Margot - Thanks for your interest. Your name is familiar to me. I hope you enjoy it. :)