Review: SOMEONE TO WATCH OVER ME, Yrsa Sigurðardóttir 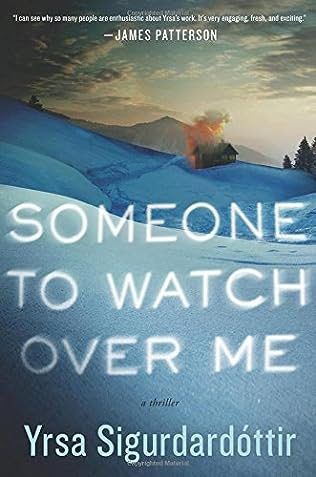 Berglind hurried to her son and pulled him forcefully from the window. She held him close and tried at the same time to wipe the windowpane. But the haze couldn't be wiped away. It was on the outside of the glass.

Pesi looked up at her. 'Magga's outside. She can't get in. She wants to look after me.' He pointed at the window and frowned. 'She's a little bit angry.'


A young man with Down's Syndrome has been convicted of burning down his care home and killing five people, but a fellow inmate at his secure psychiatric unit has hired Thora to prove Jakob is innocent. If he didn't do it, who did? And how is the multiple murder connected to the death of Magga, killed in a hit and run on her way to babysit?

Despite the best intentions this is the first title that I have read by Yrsa Sigurðardóttir. The storyline is intriguing: a very nasty inmate of a psychiatric prison wants to challenge the sentence which found a fellow inmate guilty of arson and the murder of four other residents of the care home in which he lives.

Jakob has Downs Syndrome and much of the evidence he gave at his trial made little sense. The jury took into account the fact that he did not want to be in the care home at all, and that he was at time capable of great violence. But the more Thora investigates the more she becomes convinced that he would not have the ability to set a fire.

The only other survivor of the fire has "locked-in" syndrome but she obviously has information she thinks is important. The problem is making sense of what she communicates.

A very good read, one that will send me back looking for earlier titles in the series.

In 2015 Sigurðardóttir received the Petrona Award for THE SILENCE OF THE SEA.

Oh, I do hope you'll get the chance to read more of this series, Kerrie. Some of these are truly excellent I think.