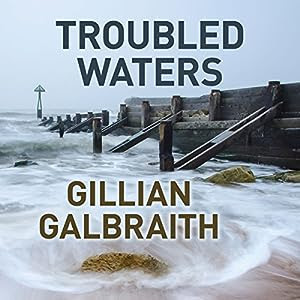 A young, disabled girl is lost on a winter's night in Leith, unable to help herself or find her way home. Someone is combing the streets, frantically searching for her. Within hours of her disappearance, a body is washed up on Beamer Rock, a tiny island in the Forth being used as part of the foundations for the new Queensferry Bridge.

No sooner has DI Alice Rice managed to discover the identity of that body than another one is washed up on the edge of the estuary, in Belhaven Bay. What is the connection between the two bodies? Has the killer any other victims in his or her sights? And if so can Alice solve the puzzle before another life is taken?

Another police procedural based in the Lothian and Borders Police, but there are sufficiently different plot strands to keep the readers' interest. There are quite a few mystery elements and the solutions are not immediately obvious.

I wasn't particularly aware that this title was part of a series, so obviously you don't have to read them in order, although I guess a progressive reading might add to an understanding of the characters of the investigative team.

About the author
Gillian Galbraith is the author of six detective novels featuring Alice Rice, a Detective sergeant with Lothian and Borders Police. Alexander McCall Smith said of "Blood In The Water", the first book in the series, ;
"There is not a dull page from start to finish"
Prior to taking up writing, Gillian worked for a very short period as a journalist and then, for many years, as an Advocate at the Scottish Bar.The majority of her work was in Civil Law but she also conducted a number of High Court trials in the High Court of Justiciary. She lives in the country with her husband , daughter and countless other creatures.
Posted by Kerrie at 5:14:00 pm