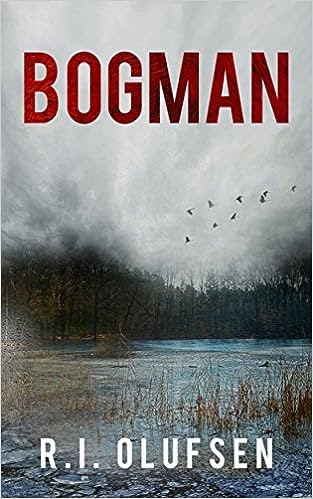 
When a mummified foot, a pile of bones and a split skull are discovered in a Danish bog, is it a case for the police or archaeologists? It becomes a case for Chief Inspector Tobias Lange when it is confirmed the remains are those of a young male, early twenties, beaten to death with a blunt instrument about two decades earlier.

Tobias finds himself on the trail of eco-warriors, Sami protesters safeguarding reindeer rights in Lapland and a disaffected young woman estranged from her family. Then another incomplete set of human bones turns up, and then another. When the trail takes a turn into a murky world of sex trafficking and illegal immigrants, Tobias starts to fear for his eco-warrior daughter Agnes…

I'm still recovering from the discovery that this is not a translated work (See the About the author below). My suspicions were first aroused by not being able to find the name of the translator.

Most readers will recognise the story of the find of Tollund Man, but it quickly becomes obvious that this body in the bog is that of a much more recent murder. The name of the person, an eco-warrior, is discovered and then the focus shifts to his girlfriend who also disappeared at the same time. Well, she appears to have disappeared, but sends her mother an annual email. So is she still alive, and just in hiding?

History is repeating itself. Young people are protesting against environmental desecration again but this time Tobias Lange's own daughter is involved in the protest. Apart from that the same developer is the cause of the protest.

Quite a satisfying read, a police procedural with a good feeling of authenticity. Other issues surface too:
illegal immigrants lured to work in Denmark's sex trade; limited police resources; arms of government that work in isolation and pursue their own agendas.

R.I. Olufsen has a background in investigative journalism and broadcasting. She enjoys travel, good food, golf and literary puzzles. BOGMAN is her first crime novel.

The author's name is an alias for Irish broadcaster and author Roisin McAuley who has taken the suitably Scandinavian-sounding pen name RI Olufsen for her new thriller Bogman (2015). It's the first in a series featuring Danish detective Tobias Lange.

It's a bit sad that the author feels she has to fool the public by using a Scandinavian pseudonym. Presumably the publisher's marketing dept insisted on it on the grounds they could sell three -- or ten -- times as many copies if the punters were under the false apprehension, and (as a broke author myself!) I can understand that train of thinking. It's just a tad disappointing that readers can't look beyond the label.