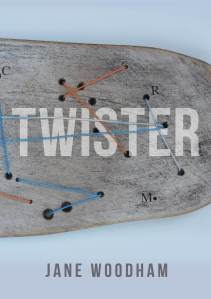 
Dunedin, in the grip of an unseasonal flu, is a city under siege. Then, after five damaging days of rain, a twister rips through, exposing the body of a missing schoolgirl in Ross Creek.

Detective Senior Sergeant Leo Judd is the only one who can lead the investigation despite unresolved sorrow over the disappearance of his own daughter nine years earlier.

Sultry weather broods over the beleaguered city as suspects are sifted and pressure mounts for Leo to solve the crime. Meanwhile, his wife Kate tries to summon the courage to tell him the secrets she’s nursed for too long — including one about the disappearance of their beloved Beth.

In late February Dunedin has a flu epidemic, but also unusually muggy heat, followed by 5 days of torrential rain. And finally comes the twister, a black funnel churning in from the sea and smashing into the town. The weather brings to the surface of the local creek the body of a teenage girl who has been missing for just a few days. The chief investigator in the Wenlock case has succumbed to the flu and so the case is handed over to DSS Leo Judd. And the case brings with it the memory of his own daughter who went missing nine years earlier. Is Leo the best person for the job? That is what the local paper asks.

On the surface this is a police procedural but there is a lot going on. In the nine years since Beth disappeared Leo Judd's marriage has become increasingly sterile and his wife Kate is contemplating leaving him. Leo is unaware of this but doesn't know what to do to improve things anyway.

There are several leads in the Tracey Wenlock case and as they are being investigated another girl disappears. Judd's investigation keeps pointing to the same person as being involved but he seems to be well alibied.

This novel is an impressive debut by a new New Zealand author. I hope we see more of her, but it is a little difficult to see this one as the beginning of a series.

About the author
Jane Woodham moved in 1998 from London to Dunedin, New Zealand, where she has been writing for the past nine years. Jane’s work has twice been shortlisted for the BNZ Literary Awards and has been published in New Zealand and the UK.
A New Zealand Society of Authors mentorship in 2014 allowed Jane to work with crime writer Paddy Richardson on the final draft of Twister, her first novel.
Some events in Twister occur around the Dunedin Hot Salt Water Pool, where Jane is a regular swimmer. She is also a keen gardener, cook and fair-weather surfer.