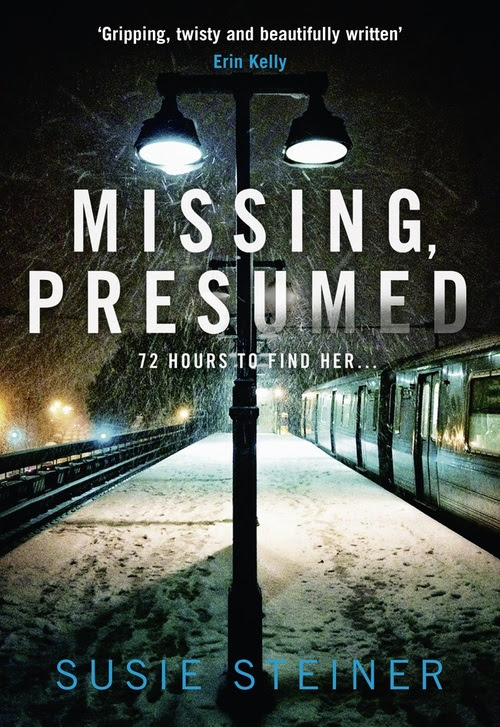 A young woman vanishes. A smear of blood in the kitchen of the house she shares with her boyfriend suggests a struggle...

As soon as Detective Sergeant Manon Bradshaw sees the photograph of missing Edith Hind - a beautiful Cambridge post-grad from a well-connected family - she knows the case will be big. And she's right: pressure soon mounts from the media and from on high.Can Manon see clearly enough to solve the mystery of Edith's disappearance? Can she withstand intimidation from Sir Ian Hind, Edith's father, who has friends in high places? And when a body is found, will it mean the end or just the beginning?

The focus of the story is the disappearance, just before Christmas, of a young woman, Edith Hind, whose father is physician to the Queen, and therefore needs to be treated with kid gloves.  A blood spatter on the kitchen floor seems to indicate possible foul play but as the hours pass there is no trace of her and no indication of what may have happened.

The second thread of the plot is DS Manon Bradshaw who, in her late thirties, is trying to stave off the ticking of her biological clock through Internet dating. Then she thinks she has met the love of her life.

In many ways this is a standard police procedural. The police are meticulous in their tracing of Edith's last known movements, checking various CCTV camera footages, and investigating the movements of her flat mate and various friends and family members.

The plot is developed from several points of view: chapters are variously headed Manon, Davy (Manon's offsider), and Miriam (Edith's mother).  Time ticks on, the crucial first 72 hours pass, a body is found, not Edith's, but it is not sure whether it is connected to the original one.

The eventual story behind Edith's disappearance is ingenuous but I didn't find it all that plausible. Quite a few secrets are revealed and we see a side of Manon that was unexpected.

About the author
Susie Steiner is a novelist and freelance journalist. She was a staff writer and editor on the Guardian for 11 years, specialising in lifestyle features.  MISSING PRESUMED is her second novel.