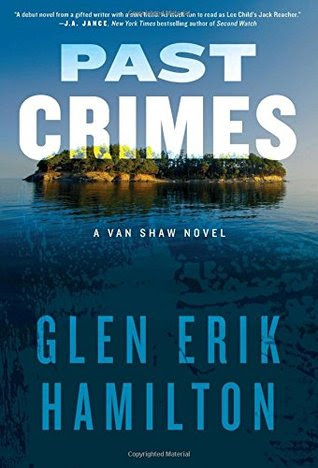 When his estranged grandfather is shot and left for dead, an Army Ranger must plunge into the criminal underworld of his youth to find a murderer and uncover a shocking family secret in this atmospheric and evocative debut thriller.

Van Shaw was raised to be a thief, but at eighteen he suddenly broke all ties to that life and joined the military—abandoning his illicit past and the career-criminal grandfather who taught him the trade. Now, after ten years of silence, his grandfather has asked him to come home to Seattle. But when Van arrives, he discovers his grandfather bleeding out on the floor from a gunshot to the head. With a lifetime of tough history between him and the old man, Van knows he’s sure to be the main suspect.

The only way he can clear his name is to go back to the world he’d sworn to leave behind. Tapping into his criminal skills, he begins to hunt the shooter and uncover what drove his grandfather to reach out after so long. But in a violent, high-stakes world where right and wrong aren’t defined by the law, Van finds that the past is all too present . . . and that the secrets held by those closest to him are the deadliest of all.

Edgy and suspenseful, rich with emotional resonance, gritty action, and a deep-rooted sense of place, Past Crimes trumpets the arrival of a powerful talent in the mold of Dennis Lehane, Robert B. Parker, and John D. MacDonald

For ten years Van Shaw's grandfather had not attempted to contact him, but now the message in Gaelic is not just a request, almost a command, and Van knows that his grandfather would not be asking if he didn't need him urgently.

He arrives at his grandfather's house to find Dono on the floor bleeding from a gunshot to the head. Some one flees the house just as he comes in. He has ten days leave from the army, just ten days to find out who shot Dono and why Dono had asked him to come home.  A lot happens in the next ten days and all the action adds a sense of urgency to the novel, as his grandfather lingers in a coma in hospital.

Van finds that he still has some of the skills that his grandfather had taught him in his teens and the army has given him strength and resilience.

A good read that moves at a breathtaking pace. Apparently the first of a series featuring Van Shaw.

About the author
A native of Seattle, Glen Erik Hamilton grew up aboard a sailboat, and spent his youth finding trouble around the marinas and commercial docks and islands of the Pacific Northwest. He now lives in Burbank, California, with his family, punctuated by frequent visits to his hometown to soak up the rain.