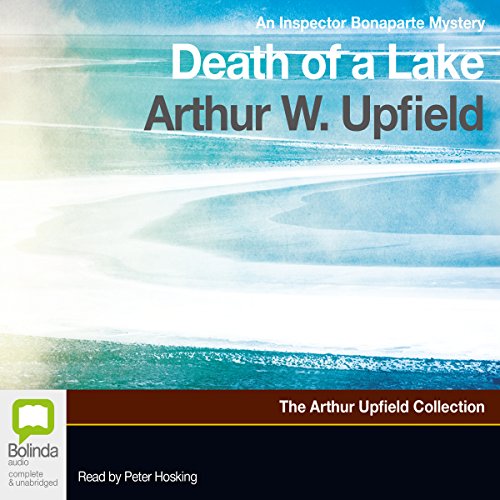 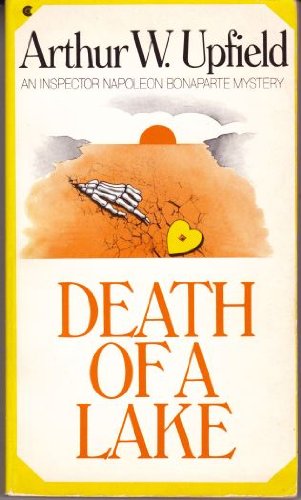 On a vast sheep station in the outback Raymond Gillen goes swimming in the lake one night and is never seen again. Bony arrives disguised as a horsebreaker and uncovers a story of sexual tension and murder. The lake is evaporating in the intense drought, only when it is drained will the mystery be solved.

The audio book begins with the usual warning that the publisher does not ascribe to Upfield's now politically incorrect views. However they do reflect popularly held opinions, particularly abour aborigines, in the 1950s.

The story moves a bit slowly in this tale because Lake Otway, a lake that had filled three years before because of flooding in the north, is in the process of evaporating and dying. There are wonderful descriptions of what happens as the lake gets shallower and shallower and smaller and smaller. At the same time the rabbit population blows out. The daily temperature is well over 110F and the outstation near the lake burns to the ground one night.

You can't help but be impressed by Upfield's detailed observations of life on Outback stations.

The tension builds very well, and the narration by Peter Hosking is in a class of its own.