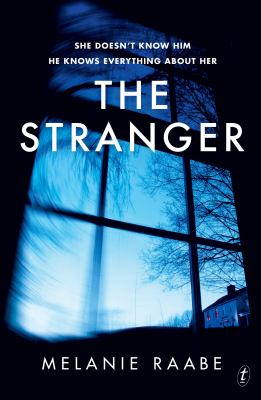 Philip Petersen, a wealthy businessman, disappears without trace on a trip to South America. His wife, Sarah, is left to bring up their son on her own.

Seven years later, out of the blue, Sarah receives news that Philip is still alive. But the man who greets her before a crowd of journalists at the airport is a stranger- and he threatens Sarah. If she exposes him, she will lose everything- her house, her job, her son ... her whole beautiful life.

Sarah Petersen is convinced that her husband Philip is dead. It is seven years since he disappeared in Colombia and she has been thinking of having him declared dead. When the Foreign Affairs Department tells her he has been found and will be home tomorrow, she really thought she would have more time.

Everybody gets off the plane and she is still waiting for Philip to emerge, and then she realises he must be one of the men already on the tarmac. He is a stranger - she thinks - an imposter. Her son Leo was a baby when his father left and he takes an instant aversion to the stranger. The authorities deliver the stranger to her house despite Sarah's attempts to tell them she does not know him. She takes her son to stay with friends.

An intriguing story as Sarah tries to discover who the cold stranger is and what he wants from her. There are things that only Sarah knows but the stranger seems to know them too. Lots to think about when you have finished reading the book.