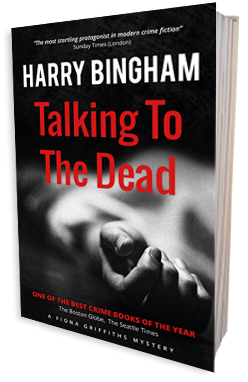 
The first novel in the powerful Fiona Griffiths mystery series - a detective who will break every rule in the book to crack her case..
A young girl is found dead. A prostitute is murdered. And the strangest, youngest detective in the South Wales Major Crimes Unit is about to face the fiercest test of her short career.

A woman and her six-year-old daughter are killed with chilling brutality in a dingy flat. The only clue: the platinum bank card of a long-dead tycoon, found amid the squalor.

DC Griffiths has already proved herself dedicated to the job, but there's another side to her she is less keen to reveal. Something to do with a mysterious two-year gap in her CV, her strange inability to cry - and a disconcerting familiarity with corpses.

Fiona is desperate to put the past behind her but as more gruesome killings follow, the case leads her inexorably back into those dark places in her own mind where another dead girl is waiting to be found . . .

I was a little disconcerted to find, after I had finished reading this book, and thinking that parts of it were  a bit familiar, that I actually read this book just over three years ago. I don't seem to have enjoyed it any more this time than I did last.

Fiona Griffiths has in the past suffered from Cotard's Syndrome, and still does. She doesn't relate to other people particularly well, and is a bit of a loose cannon in any police investigation. Her boss tries to get her to see the difference between doing things the right way, and doing them the wrong way. Inevitably Fi chooses to do things on her own, not to call for backup, and not to involve her boss in her decision making.

There were parts of the novel that really did make me feel uncomfortable.

I actually read this book just over three years ago

It's always somewhat worrying when that happens, isn't it? :)