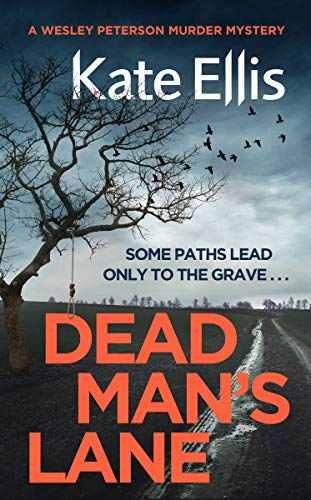 Strangefields Farm is notorious for its sinister history ever since serial killer Jackson Temples lured young women to the premises, and the girls never left alive.

Now, decades later, Strangefields is being transformed into a holiday village, but the developer's hopes of its dark past being forgotten are ruined when a skull is found on the site. Police suspect it belongs to one of Temples' victims, and when a local florist is found murdered in an echo of Temples' crimes, DI Wesley Peterson fears a copycat killer could be at large.

Wesley Peterson's boss Gerry was on the investigation that saw the conviction of Jackson Temples for the death of a number of young women. However one of the young victims was never found and Jackson Temples has throughout his imprisonment always refused to confess his guilt. Now a skull has turned up. Could it be from the missing body?

And two people are now claiming to have seen people they thought were dead.

The strands of this plot are cleverly interwoven with a journal begun in 1666, which among other things, describes the steps taken to stop the dead from rising. I like the interweaving of archaeological considerations with the main story. A very good read.

I have read far too few titles by this author.