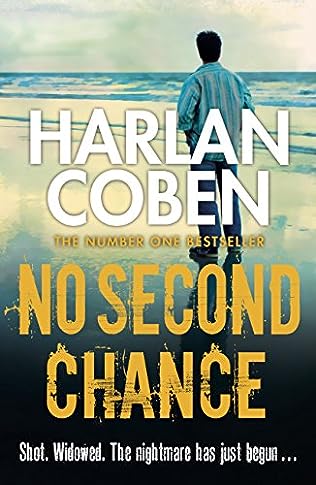 No Second Chance is yet another of Harlan Coben's terrifying explorations of the worst of fears--Marc Seidman wakes in hospital after narrowly surviving a shooting in which his wife died and their baby daughter went missing.

The handover of a ransom from his rich in-laws goes wrong and Seidman realises that he is not only without wife and daughter--and the sister who may have been an accomplice--but he is also the principal suspect. The reader knows even more than Seidman just how much jeopardy he is in--Coben does a brilliantly disturbing job of introducing us to a pair of psychotics who are in charge of the ransom plot and who plan to take Seidman and his in-laws for another ride into insecurity and hell.

Marc turns to the one person he thinks can help him--the ex-girlfriend who still has a place in his heart and used to be a senior Federal agent. The problem is that Rachel comes with baggage, and enemies, all of her own..


This plot felt a bit as if Coben had two strands in mind: one where a child is abducted during a home invasion, and the other an adoption scam where illegal immigrants give birth to babies who are found "good homes".

The final truth of the connection between the two strands was horrifying.

One of the problems with this story was that I didn't particularly like Marc Seidman the main character. I found him self-opinionated, always sure he was right, and blind to alternatives.