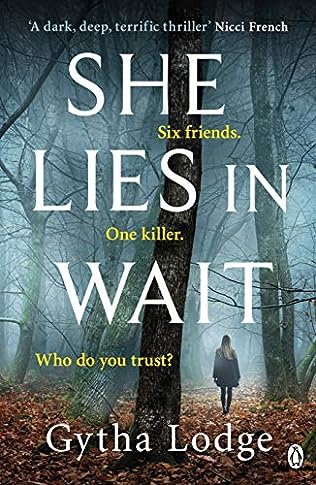 On a hot July night in 1983, six school friends go camping in the forest,. Bright and brilliant, they are destined for great things, and young Aurora Jackson is dazzled to be allowed along with her older sister.

She never makes it home.

Thirty years later a body is discovered. DCI Sheens is called to the scene, but he already knows what's waiting for him: Aurora Jackson, found at last.

But that's not all. The friends have all maintained their innocence, but the body is found in a hideaway only the six of them knew about.

It seems the killer may have always lurked very close to home.

This is a variant on a cold case police procedural. To be accurate, there hasn't been a body in the cold case, but the assumption has always been that Aurora Jackson was, just not found.

Just a police constable when Aurora disappeared Jonah Sheens knew her by sight and was friendly with some of the older members of the group.

The investigation involves going through the evidence collected and statements taken 30 years earlier and then re-interviewing all the people involved, and looking for things that had not been investigated thoroughly.

Sheens eventually decides that one of the six has to be the murderer, and not only that, he or she is manipulating what the others are saying now. All the group have done well: a university professor and a parliamentarian among them, and there are things they would rather not become general knowledge. But eventually someone outside the group half guesses the truth.

About the author
Gytha Lodge is a writer and multi-award-winning playwright who lives in Cambridge. After studying creative writing at UEA, she was shortlisted for the Yeovil Literary Prize and the Arts' Council England fiction awards, and developed a very large online following for her young adult and children's writing, with over five million reads accrued on platform Wattpad. She Lies in Wait is her debut novel.