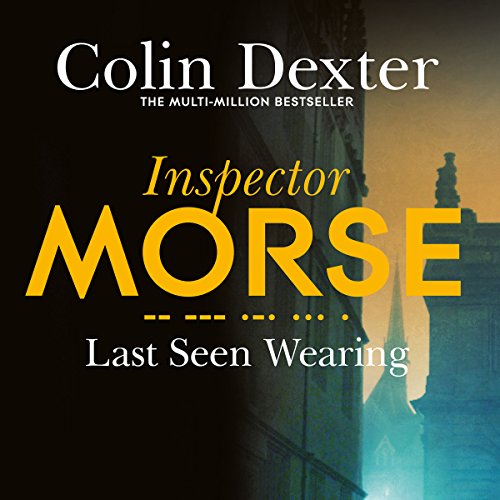 Morse was beset by a nagging feeling. Most of his fanciful notions about the Taylor girl had evaporated, and he had begun to suspect that further investigation into Valerie's disappearance would involve little more than sober and tedious routine....

The statements before Inspector Morse appeared to confirm the bald, simple truth.

After leaving home to return to school, teenager Valerie Taylor had completely vanished, and the trail had gone cold.

Until two years, three months and two days after Valerie's disappearance, somebody decides to supply some surprising new evidence for the case....

I read most of the Morse novels over 30 years ago and then followed them up by watching the Morse TV series. I really hadn't realised, until I listened to this particular book, the extent of differences between the original books and what was done for television.


I got a little confused towards the end (or did I momentarily drop off to sleep?) with the result that I had to listen to the last hour again to be sure that I knew the way it all finished up.

LAST SEEN WEARING is #2 in the series and is full of red herrings and false threads. Morse leaps from one idea to another, often operating on a few dodgy facts, and drawing some shaky conclusions from them. He becomes very despondent after one theory after another bites the dust, but in the end he does get it right. It is a very wasteful way of doing detective work, and there is not much logic to it. All of this does make reading the novel a very academic exercise, and I guess that's what sets Colin Dexter apart from the rest.


But don't go away thinking that this Morse is the one you've seen John Thaw play.
He is a much coarser person, but I think by the time we get to later in the series some of these cruder bits have been toned down.