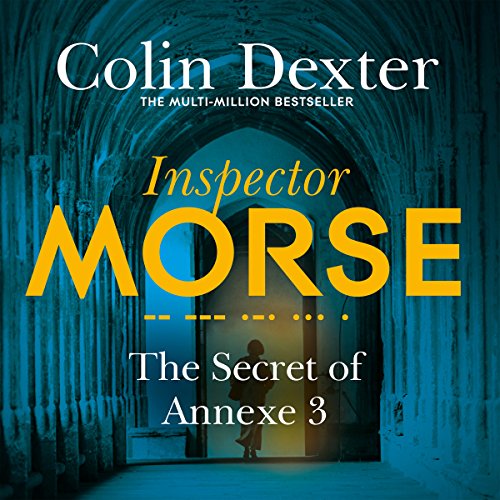 Morse sought to hide his disappointment. So many people in the Haworth Hotel that fateful evening had been wearing some sort of disguise - a change of dress, a change of makeup, a change of partner, a change of attitude, a change of life almost; and the man who had died had been the most consummate artist of them all....

Chief Inspector Morse seldom allowed himself to be caught up in New Year celebrations. So the murder inquiry in the festive hotel had a certain appeal.

It was a crime worthy of the season.

The corpse was still in fancy dress. And hardly a single guest at the Haworth had registered under a genuine name....

I've actually read most or all of the Morse books years ago (prior to this blog commencing), as well as seeing most of the TV versions with John Thaw and Kevin Whately.
However the audio version gives you a chance to contemplate Colin Dexter's skill as a writer, and in particular how clever he is as a plotter and how literary his expression is.

Samuel West does a lovely job of narration, and I'm looking forward to my next.

I've not heard the audio of this one Kerrie, but I did enjoy the novel when I read it. And as for the show, to me, John Thaw was Morse.