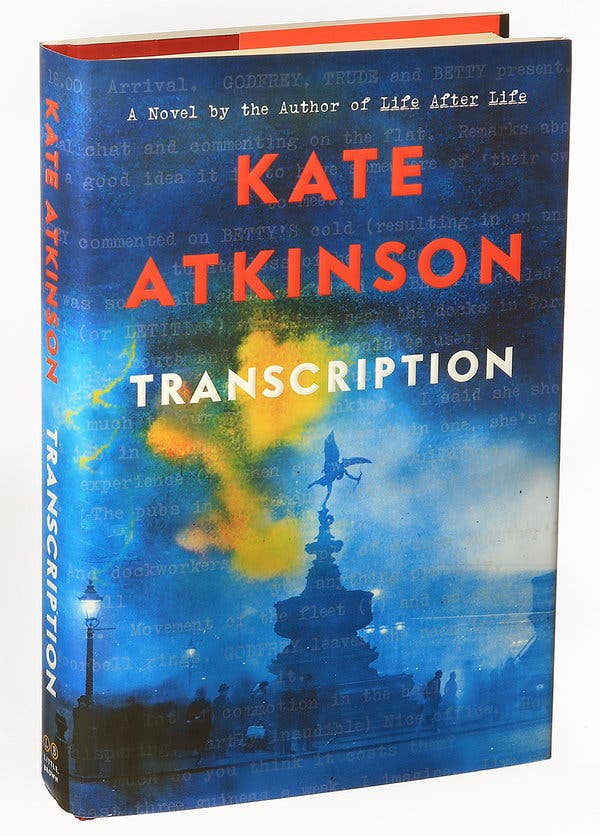 'Think of it as an adventure, Perry had said right at the beginning of all this.And it had seemed like one. A bit of a lark, she had thought. A Girls' Own adventure.'

In 1940, 18-year old Juliet Armstrong is reluctantly recruited into the world of espionage. Sent to an obscure department of MI5 tasked with monitoring the comings and goings of British Fascist sympathisers, she discovers the work to be by turns both tedious and terrifying. But after the war has ended, she presumes the events of those years have been relegated to the past for ever.

Ten years later, now a producer at the BBC, Juliet is unexpectedly confronted by figures from her past. A different war is being fought now, on a different battleground, but Juliet finds herself once more under threat. A bill of reckoning is due, and she finally begins to realise that there is no action without consequence.

Transcription is a work of rare depth and texture, a bravura modern novel of extraordinary power, wit and empathy. It is a triumphant work of fiction from one of this country's most exceptional writers.

It is fascinating how many books recently published relate to World War II and are set at the start of the war.

This novel really has 3 points in time: 1940, 1950 and 1981. I will leave you to discover for yourself how those dates fit in, but it is most written from the point of view of 1950, after the War when Juliet is employed by the BBC and thinks she sees someone from her MI5 past, someone she thought she knew well, but he tells her she is mistaken.

In 1940 Juliet thinks her job of transcribing conversations from recordings is pretty boring and lacking in importance. However she does at times act in an undercover role, sometimes as a decoy, and while some of her colleagues know what is going on, Juliet seems blissfully ignorant. Nasty things happen in 1940 but then that period passes and then the war ends. After the war Juliet passes from MI5 to work st the BBC but occasionally MI5 ask favours of her.

There is a touch of "Red Joan" about this story.
Very readable, if at times a little confusing.

I've also read
ONE GOOD TURN
WHERE WILL THERE BE GOOD NEWS?
4.6, STARTED EARLY, TOOK MY DOG-audio
LIFE AFTER LIFE