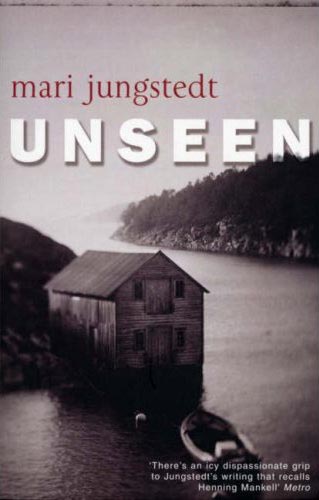 Gotland is an island off the coast of Sweden that blooms with summer visitors. It is a sought-after holiday destination with cabins, holiday shacks, and a few permanent residents. Visitors come by ferry from Stockholm for weekend getaways and short holidays. It is the sort of place the young generally leave to find work.

Summer is just beginning when Helena, Per and their friends gather in the limestone cottage for a Whitsun weekend holiday. Helena has brought together people they haven't seen for a while, but unfortunately Per's jealousy destroys the evening. Within a matter of hours Helena is dead, killed in the nearby sand dunes by an axe wielding murderer.

At first Per is the obvious suspect, but there are a couple of other possibilities among the guests. Within days there is a second murder, a woman of similar age, same "calling card."

The investigation is handled by Inspector Anders Knutas and his team fromVisby, while an investigative journalist, Johan Berg, from Stockholm conducts a parallel inquiry, which seems at times more successful than the police one. Knutas is a methodical investigator, but there are tensions in his team, and he is under pressure to find the murderer before it impacts on Gotland's fragile tourist industry. On the other hand, Berg's mind is not always on the job as he falls in love with a woman linked to the case, but he seems to be able to get people to open up to him in a way that the police can't.

It is Emma, Helena's best friend, one of the guests at the Whitsun weekend, who eventually realises what connects the murders, by then numbering 3, and then the tension really builds.

This was an excellent read. Apart from the murder mystery aspect, it is really a story about relationships on a number of levels, and a tale that points out how our actions from our days of innocence can reach out into the present.

Other reviews:
UNSEEN was Mari Jungstedt's debut novel, and the first in a series set on the island of Gotland.
Euro Crime lists 3 books in the series
and I look forward to tracking the other two down.

Well, I wasn´t very impressed by this one. The main characters and the plot were okay, I suppose, but in my opinion the police were incredibly slow and stupid. Just imagine that they don´t figure out the rather obvious connection between the three victims until very late.

I always wonder just how good a translation is. I wasn't all that conscious that this was a translation although at times the sentences felt as if they lacked complexity.

All I can say is I THINK the lack of complexity is due to the author, not the translator ;)
And as you added in your post, I think her third book was better.