My choice this week is ANGEL TOUCH by Mike Ripley. 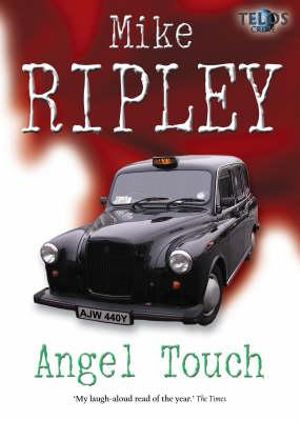 This book was #2 in Ripley's Fitzroy Maclean series
Synopsis

The London Stock Exchange can be a peculiar and dangerous place when financial reputations are at stake and no end of shocking scams and insider dealings are lurking under the surface. Enigmatic band leader Fitzroy Maclean Angel is drawn into this intrigue and puts his knowledge to work.

The Angel series are comedy thrillers set mainly in Essex and London's East End. Ripley won the CWA's Last Laugh Award for best humorous crime novel for ANGEL TOUCH in 1989 and ANGELS IN ARMS in 1991.