I really couldn't pass up the opportunity to point you to this title by Agatha Christie. 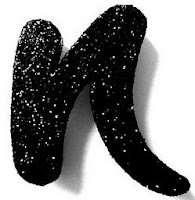 I haven't yet got to it on my quest to read Agatha Christie titles in order of publication, but according to my schedule, I should read it by the end of this year.

However, since choosing this as my focus for this CFA post I have seen that Gautami beat me to it, so I've changed my direction a little to focus some covers.

One of the things I find fascinating about Agatha Christie novels is the way they reflect popular fear about infiltration by outside powers.

You see that in some of her early novels when espionage and Bolshevism come to the surface, and it happens here too.

At the time when N or M? was being written, 1940-41, Britain is facing the very real threat of invasion by Hitler and fear of Nazi infiltrators is strong.

I love the way the cover on the left conveys the idea of the island fortress, and the one on the right (which I think is Dutch but I'm not sure) has the idea of surveillance by blimps. I can't quite work out why the girl is red.

The other one on the left comes from 1960 and changes the focus just a little to the quandary of deciding who the enemy agent is.

It seems to be a seaside town map, but unfortunately I couldn't find a bigger copy of it so we could see the detail more distinctly.

Agatha Christie novels have been published so many times in different editions, it is always fascinating to see what the covers look like. What do you think of these?

In her post Gautami uses a different cover again.

Check what others have contributed to this week's Crime Fiction Alphabet.

Kerrie - Thanks for this look at the different covers :-). I always find it fascinating to look at the way the main point of a story is conveyed through the cover. I think you'll like N or M?. IF you like the Beresfords, you'll like the novel. I look forward to your review.

Great one! I love Tommy & Tuppence and always like to see other people reading them too.

Fabulous covers - the fear of the 'foreign other' certainly recurs in Christie with great frequency, especially the idea of long-lost relatives returning from overseas not actually being who they say they are! Thanks for pointing to this one as it's one of the few Christies I have never read - and a perfect N too!