Review: AFTER THE SILENCE, Jake Woodhouse 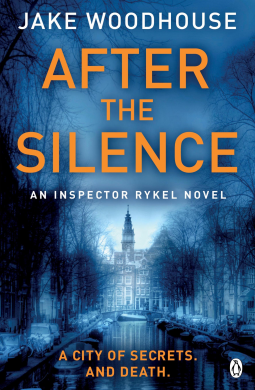 Synopsis (Penguin Australia)
A body is found hanging on a hook above the canals of Amsterdam's old town, a mobile phone forced into the victim's mouth.

In a remote coastal village, a doll lies in the ashes of a burnt-down house.  But the couple who died in the fire had no children of their own.  Did a little girl escape the blaze?  And, if so, who is she and where is she now?

Inspector Jaap Rykel knows that he's hunting a clever and brutal murderer.  Still grieving from the violent death of his last partner, Rykel must work alongside a junior out-of-town detective with her own demons to face, if he has any hope of stopping the killer from striking again.

Their investigation reveals two dark truths: everybody in this city harbours secrets - and hearing those secrets comes at a terrible price . . .

My Take
This is a well constructed thriller, particularly considering it is a debut novel. A police procedural set in Amsterdam, but by a new British writer, it clearly shows that there is a fine line between crime and fighting against it, that too often it is easy to cross that line, and that it is hard to know who to trust.

The novel brings together a trio of detectives whom I presume will be the core of the team for the next: all are flawed in their own way but each is well drawn.  I thought perhaps the action of the final pages was a bit rushed, but there are plenty of openings for the next in the series.

My Rating: 4.4
About the author
Jake Woodhouse has worked as a musician, winemaker and entrepreneur. He now lives in London with his wife and their young gundog. After the Silence is the first book in his Amsterdam Quartet.
Posted by Kerrie at 4:16:00 am