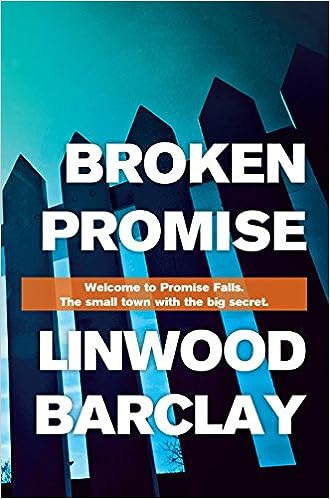 The morning it all started, newspaper reporter David Harwood had plenty to worry about. A single parent with no job, forced to return with his young son to the small town of Promise Falls to live with his parents, the future wasn't looking too rosy. So when his mother asked him to look in on his cousin Marla, who was still not quite right after losing her baby, it was almost a relief to put the disaster his own life had become to one side.
The relief wouldn't last long.
When he gets to Marla's house he's disturbed to find a smear of blood on the front door. He's even more disturbed to find Marla nursing a baby, a baby she claims was delivered to her 'by an angel.' And when, soon after, a woman's body is discovered across town, stabbed to death, with her own baby missing, it looks as if Marla has done something truly terrible.
But while the evidence seems overwhelming, David just can't believe that his cousin is a murderer. In which case, who did kill Rosemary Gaynor? And why did they then take her baby and give it to Marla? With the police convinced they have an open and shut case, it's up to David to find out what really happened, but he soon discovers that the truth could be even more disturbing...

This is a nice solid contribution to Linwood Barclay's list of publications but I was surprised to find that I had solved part of the mystery about half way through the novel, and was just left to work out the finer details. So, from that point of view, this is not one of Barclay's best. It does explore the motives people have for their actions, and there is a cast of interesting characters.

The setting is modern, identifiable by the economic effects of the downturn of the newspaper industry, which is what has forced David Harwood to live with his parents. He has returned to the small rural town where he first began his career, a town where everyone knows everyone else, but seemingly do not always know the reasons why they do things.

I have been looking forward to this book. Only have to wait until the end of the month. I usually really like Linwood Barclay's stories.

Glad you thought this a decent read, Kerrie. I Think Linwood Barclay writes a solid story, and I do like his wit.