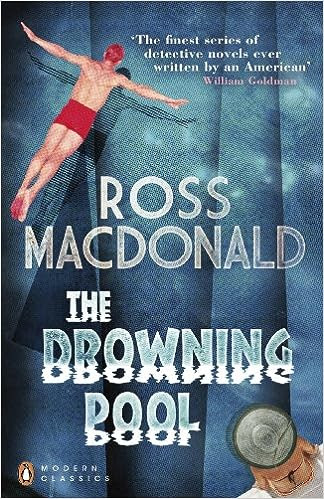 
When Maude Slocum - beautiful, frightened and angry - comes to Lew Archer's office with a poison pen letter intended for her husband, he reluctantly agrees to help her. As he follows the Slocums around, Archer finds that Mrs Slocum might have the least of the family's troubles: her teenage daughter is desolate, her husband is in the closet and her mother-in-law has just come to an unpleasant end in the swimming pool. But why is their handsome ex-chauffeur still hanging around? And what does the sinister Pacific Refinery Company have to do with the all the bloodshed?

Ross Macdonald's Lew Archer mysteries rewrote the conventions of the detective novel with their credible, humane hero, and with Macdonald's insight and moral complexity won new literary respectability for the hardboiled genre previously pioneered by Dashiell Hammett and Raymond Chandler. They have also received praise from such celebrated writers as William Goldman, Jonathan Kellerman, Eudora Welty and Elmore Leonard.

This Penguin Publisher e-book version comes with an excellent introduction by John Banville.


"as usual with Macdonald, the mud at the bottom of today's pool is stirred up by yesterday's storms. There is hardly a character in the book without something to hide from his or her past."

All this gives the plot an incredible complexity, although, as Banville says, Macdonald was really intrigued by the motivations of plausible people in plausible circumstances.

Three deaths later, Lew Archer comes up with an explanation that I had not seen coming.

I read it for my participation in the Crime Fiction of the Year Challenge @ Past Offences for January 2016, a book published in 1950.It also fits in with the Vintage Cover Scavenger Hunt, hosted by Bev at My Reader's Block.

About the Author
MacDonald served as president of The Mystery Writers of America in 1965, received the Silver Dagger in 1964 and the Gold Dagger in 1965 from The British Crime Writers Association, and in 1981, received The Eye, the Lifetime Achievement Award from The Private Eye Writers of America.
The Drowning Pool was made into a film starring Paul Newman in 1975.
Posted by Kerrie at 4:40:00 pm

Great review posting! Have you read others by Macdonald. I've always been impressed by his work. One of my favorites is The Galton Case. I also like The Chill. Your posting reminds me that I am overdue for another immersion into The Drowning Pool. Thanks!