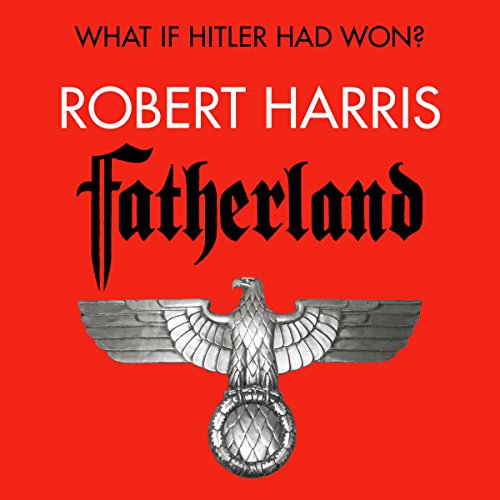 
Fatherland is set in an alternative world where Hitler has won the Second World War. It is April 1964 and one week before Hitler's 75th birthday. Xavier March, a detective of the Kriminalpolizei, is called out to investigate the discovery of a dead body in a lake near Berlin's most  prestigious suburb.

As March discovers the identity of the body, he uncovers signs of a conspiracy that could go to the very top of the German Reich. And, with the Gestapo just one step behind, March, together with an American journalist, is caught up in a race to discover and reveal the truth - a truth that has already killed, a truth that could topple governments, a truth that will change history.

Alternative histories are fascinating. As Hitler's 75th birthday and the state visit of President (Joseph) Kennedy to Berlin loom, then the last thing that the authorities want revealed is a series of deaths linked to a policy enacted during the war. Xavier March is an SS officer investigating the murder of a Nazi government official who was one of the participants at the Wannsee Conference. In so doing, he discovers a plot to eliminate all attendees of the conference in order to help Germany establish better political relations with the United States.

Most German citizens were unaware of this conference held in 1943 to ratify "the final solution" to the Jewish problem and now Germany is trying to proved that it was never acted upon.

See more about this book at Wikipedia