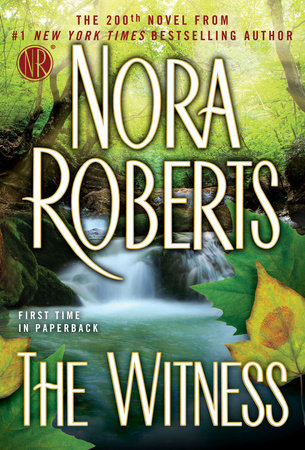 Daughter of a cold, controlling mother and an anonymous donor, studious, obedient Elizabeth Fitch finally let loose one night, drinking too much at a nightclub and allowing a strange man’s seductive Russian accent to lure her to a house on Lake Shore Drive.

Twelve years later, the woman now known as Abigail Lowery lives alone on the outskirts of a small town in the Ozarks. A freelance security systems designer, her own protection is supplemented by a fierce dog and an assortment of firearms. She keeps to herself, saying little, revealing nothing. Unfortunately, that seems to be the quickest way to get attention in a tiny southern town.

The mystery of Abigail Lowery and her sharp mind, secretive nature and unromantic viewpoint intrigues local police chief Brooks Gleason, on both a personal and professional level. And while he suspects that Abigail needs protection from something, Gleason is accustomed to two-bit troublemakers, not the powerful and dangerous men who are about to have him in their sights.

And Abigail Lowery, who has built a life based on security and self-control, is at risk of losing both.

I do remember reading books by Nora Roberts years ago but I have not reviewed any in the life of this blog (the last 10 years). I was surprised that I have not recorded any in her other name (J.D. Robb) either.

THE WITNESS is a stand-alone about Elizabeth Fitch, a teenager with an eidetic memory, cultivated by her mother to bypass her teenage years, and fast tracked to become a brilliant surgeon. Elizabeth is just beginning to respond to the urges of teenage rebellion and a night out at a local nightclub ends in her witnessing the death of both her friend and a man they have newly met. The police put her into witness protection and then follows a further two deaths and Elizabeth goes on the run.

When she surfaces twelve years later she comes to the attention of the local police chief and she still retains vivid memories of those earlier experiences.

Highly intelligent, Elizabeth would probably be classified these days as being in the autistic spectrum, much of her outlook on life being generated by lack of experience and understandable fears.