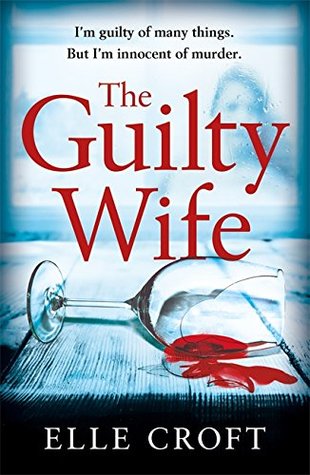 If you were being framed for murder, how far would you go to clear your name?

I'm not guilty of murder.

Bethany Reston is happily married. But she's also having an affair with a famous client.

And no one can ever know.

But that doesn't make me innocent.

When Bethany's lover is brutally murdered, she has to hide her grief from everyone.

But someone knows her secret. And then one day the threats begin.

With an ever-growing pile of evidence pointing to her as the murderer, the only way she can protect her secrets is to prove her innocence. And that means tracking down a killer.

An incredibly taut, tense game of cat and mouse - with a twist you'll never see coming.

The blurb is certainly right when it says there is a twist in the end that most readers will never see coming. After her lover is murdered someone is certainly determined to prove Bethany is guilty - but, you constantly ask yourself, who would hate her that much? They leave notes, hack into her FaceBook account, publish incriminating pictures.

The tension builds very effectively. The police are blindsided by the so-called evidence, and in the long run Bethany is really a very poor judge of character.

About the author
Elle Croft was born in South Africa, grew up in Australia and moved to the UK in 2010 after travelling around the world with her husband. She works as a freelance social media specialist and also blogs about travel, food and life in London. The Guilty Wife is her debut novel.