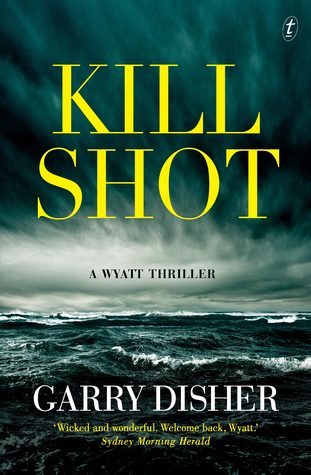 The latest gripping story in the popular Wyatt thriller series kicks off in Sydney and then unfolds on the beaches of Newcastle.

Some people just work better alone. Wyatt’s one of them. He’s been getting by on nice quiet little burglaries—one-man jobs—when he gets wind of something bigger.

A corporate crook, notorious Ponzi schemer, set to face court and certain jail time. He’s about to skip bail the old-fashioned way: on a luxury yacht with a million dollars in cash.

Wyatt thinks it sounds like something he should get into.

Most of Wyatt's recent jobs have been brokered by a day-release prisoner named Sam Kramer. Through his daughter Kramer passes on information he has gleaned from other prison inmates.  As a result Wyatt relieves people of their valuables, mainly through burglary, passes them on to a fence, and puts a commission into an safety deposit box for Kramer, keeping the remainder for himself. Periodically Kramer's daughter contacts him to let him know the family needs some money. It works well.

Wyatt is a cautious, yet confident man, careful to remain anonymous, leaving nothing his victims can identify him by, and watchful for signs that he has been noticed. He thinks back over what he's done, looking for errors.

The weak link in the scheme is Kramer's son who passes Wyatt's name on to someone else who like to cash in on the jobs that Wyatt is doing.

There are a couple of linked stories in this novel: a Ponzi scheme operator planning to skip the country with about a million dollars, and a couple from South Australia who've stolen a luxury boat.
Wyatt gets information about the first from Kramer. Looks like it might be easy pickings if he can work out where the Ponzi scheme money is.

There definitely an Australian flavour to this novel. And some how you forget that Wyatt is on the wrong side of the law.