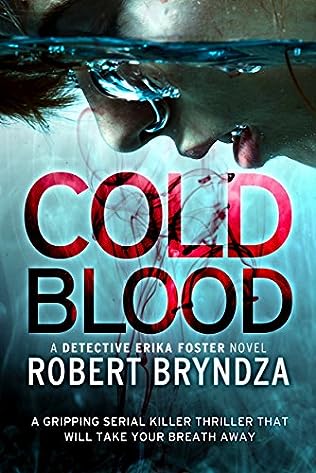 She fell in love with a killer, now she's one too.

The suitcase was badly rusted, and took Erika several attempts, but it yielded and sagged open as she unzipped it. Nothing could prepare her for what she would find inside....

When a battered suitcase containing the dismembered body of a young man washes up on the shore of the river Thames, Detective Erika Foster is shocked. She's worked on some terrifying cases but never seen anything like this before.

As Erika and her team set to work, she makes the link with another victim - the body of a young woman dumped in an identical suitcase two weeks ago.

Erika quickly realizes she's on the trail of a serial killer who's already made their next move. Yet just as Erika starts to make headway with the investigation, she is the victim of a brutal attack.

But nothing will stop Erika. As the body count rises, the twin daughters of her colleague Commander Marsh are abducted, and the stakes are higher than ever before. Can Erika save the lives of two innocent children before it's too late? She's running out of time and about to make a disturbing discovery...there's more than one killer.

Brilliantly gripping, Cold Blood will have you hooked from the beginning and holding your breath to the heart-stopping and shocking ending.

A young girl wants so badly to be accepted by her older boyfriend that she agrees to do whatever he asks, even to agree to covering up a killing which she witnessed.

Yet another gruesome tale from Robert Bryndza which is at the same time compelling reading, an exploration of forces that lead to murder.

The story hops between two time frames, keeping readers on their toes, and includes a period when Detective Erika Foster is rather predictably suspended for insubordination. But Erika doesn't let that stop her from continuing her investigation.