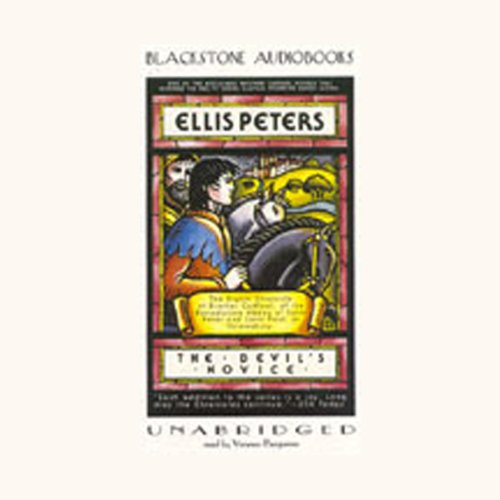 Outside the pale of the Abbey of Saint Peters and Saint Paul, in September of the year of our Lord 1140, a priestly emissary for King Stephen has been reported missing. But inside the pale, what troubles Brother Cadfael is a proud, secretive 19-year-old novice.

Brother Cadfael has never seen two men more estranged than the Lord of Aspley and Meriet, the son he coldly delivers to the abbey to begin a religious vocation. Meriet, meek by day, is so racked by dreams at night that his howls earn him the nickname the Devil's Novice. Shunned and feared, Meriet is soon linked to the missing priest's dreadful fate. Only Brother Cadfael believes in Meriet's innocence, and only the good sleuth can uncover the truth before a boy's pure passion, not evil intent, leads a novice to the noose.

There was more of the "local politics" of the Stephen/Maud civil war in this novel than in previous ones. Opportunist nobility and bishops are seeking to take advantage of the political chaos by setting up their own fiefdoms that support neither Stephen nor Maude. Nobody is quite sure of what the mission was of the priest murdered in the forest.

Meriet is the Lord of Apsley's second son, delivered to the Abbey to become a priest, while his first son Nigel is about to be married and will take over lands to the north as part of his wife's dowry. Brother Cadfael is pretty sure Meriet does not have a vocation, that he has come to the Abbey for some other reason.

Reading these novels in order pays off as some characters persist from one to the other, and assist in the development of Cadfael's character. Cadfael works in tandem with Hugh Berengar the deputy sheriff of Shrewsbury who is now consistently featured.