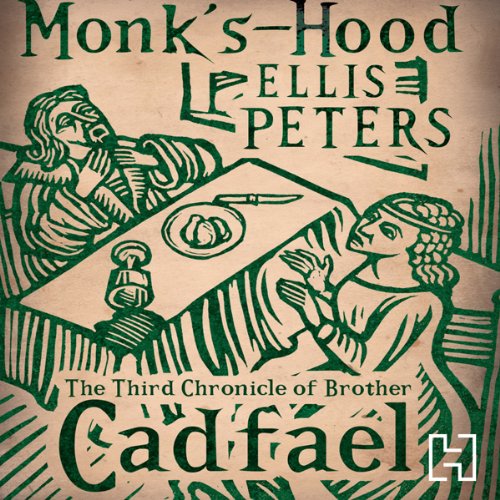 Gervase Bonel, with his wife and servants, is a guest of Shrewsbury Abbey of Saint Peter and Saint Paul when he is suddenly taken ill. Luckily, the Abbey boasts the services of clever and kindly Brother Cadfael, a skilled herbalist. Cadfael hurries to the man's bedside, only to be confronted by two very different surprises.

In Master Bonel's wife, the good monk recognises Richildis, whom he loved many years ago before he took his vows. And Master Bonel has been fatally poisoned by a dose of deadly monk's-hood oil from Cadfael's herbarium. The Sheriff is convinced that the murderer is Richildis' son Edwin, who had reasons aplenty to hate his stepfather. But Cadfael, guided in part by his tender concern for a woman to whom he was once betrothed, is certain of her son's innocence. Using his knowledge of both herbs and the human heart, Cadfael deciphers a deadly recipe for murder....

Another excellent narration by Stephen Thorne who brings Cadfael to life. Unfortunately it appears that he has only narrated three of the Cadfael series, so this is the last.

A little more of Cadfael's past is revealed and there is a lovely assessment of the impact of the civil war on the Abbey as Father Heribert goes off to find out whether he will keep his position or whether Prior Robert will take over.

Cadfael discovers who was responsible for the poisoning of Gervase Bonel and eventually administers his own form of justice.

What an excellent writer Ellis Peters was, bringing this periods of English history to life.

I've also reviewed
THE PILGRIM OF HATE
4.3, A MORBID TASTE FOR BONES
4.6, A CORPSE TOO MANY