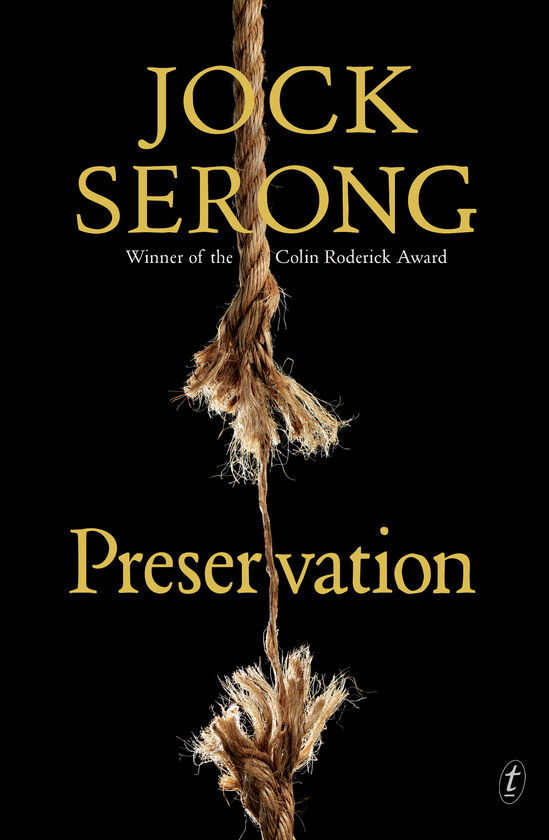 Preservation, based on the true story of the wreck of the Sydney Cove, sees master storyteller Jock Serong turn his talents to historical narrative.

On a beach not far from the isolated settlement of Sydney in 1797, a fishing boat picks up three shipwreck survivors, distressed and terribly injured. They have walked hundreds of miles across a landscape whose features—and inhabitants—they have no way of comprehending. They have lost fourteen companions along the way. Their accounts of the ordeal are evasive.

It is Lieutenant Joshua Grayling’s task to investigate the story. He comes to realise that those fourteen deaths were contrived by one calculating mind and, as the full horror of the men’s journey emerges, he begins to wonder whether the ruthless killer poses a danger to his own family.

Told by 5 main narrators, with the reader often having to determine the identity of the narrator through the content, and written as part of a PhD in Creative Writing, Jock Serong brings to life a little known episode in the early history of the colony of New South Wales.

The Sydney Cove has come from India via a route that takes her around the western most tip of the continent, down the western side of Van Diemen's Land, and then up the eastern coast of the island, only to be wrecked in what would become known as Bass Strait. The boat has a valuable cargo of rum and tea which are stored on Preservation Island when the crew takes to the long boat only to be wrecked again on the southern coast of New South Wales.  (A lovely set of maps has been provided to orientate the reader)

Those from the wrecked long boat, 17 of them, begin the walk to Sydney Harbour, over 500 miles to the north, but only 3 arrive. One of the Europeans keeps a journal but it is obvious from the re-telling of the tale once they reach Sydney Harbour that each of the survivors has seen the events very differently.

I wondered what this would be like, after The Rules of Backyard Cricket. Glad you enjoyed it, Kerrie.