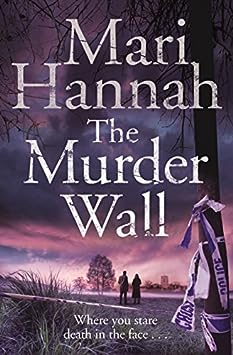 Eleven months after discovering a brutal double murder in a sleepy Northumbrian town, Detective Chief Inspector Kate Daniels is still haunted by her failure to solve the case.

Then the brutal killing of a man on Newcastle's Quayside gives Daniels another chance to get it right, and her first case as Senior Investigating Officer.

When Daniels recognises the corpse, but fails to disclose the fact, her personal life swerves dangerously into her professional life.
But much worse, she is now being watched.

As Daniels steps closer to finding a killer, a killer is only a breath away from claiming his next victim...

Being appointed as SIO on this murder case gives DCI Kate Daniels an opportunity to give her reputation a boost after her failure to solve a double murder case from 11 months earlier. But her boss seems very reluctant to let her loose, besides which he has problems of his own.

In addition Kate recognises the victim and should report that it, but she is afraid that will take her off the case. As time goes on more murders occur and it seems there must be a connection and the team desperately searches for it.

The reader is made privy to the mind of the murderer so we work desperately too to discover his identity.

A police procedural with a few twists.

About the author
Mari Hannah, author of the Kate Daniels series and the Matthew Ryan series, has won the CWA 2017 Dagger in the Library.

Mari was declared the winner at a reception at the British Library on Saturday 17 June by Martin Edwards, Chair of the CWA. Martin said:
At a time when the CWA is expanding its support for public and independent libraries, I am delighted to congratulate Mari. Her DCI Kate Daniels books, set in the North East, are tremendously popular and we know they’re eagerly devoured by library goers and book groups.