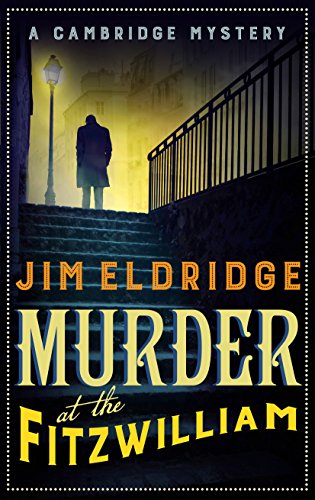 1894. After rising to prominence for his role investigating the case of Jack the Ripper alongside the formidable Inspector Abberline, Daniel Wilson has retired from the force and now works as a private enquiry agent. Having built a reputation for intelligence and integrity, Wilson is the natural choice for the Fitzwilliam Museum in Cambridge, which finds itself in need of urgent assistance.

The remains of an ancient princess and her entourage are to be unveiled as the centerpiece of the museum's new Egyptian collection, but strange occurrences have followed their arrival in Britain: a dead body is discovered in a previously empty sarcophagus, one of the mummified bodyguards seemingly goes 'walkabout' and another man is found strangled to death with three-thousand-year-old bandages. Aided by the talented resident archaeologist Abigail Fenton but hindered by the dismissive local police force, can Wilson unravel the mystery and preserve the reputation of the museum ahead of its public launch?


There is a comfortable almost old-fashioned feel about this book set in Cambridge at the end of the nineteenth century. A body has been found, recently murdered, in a sarcophagus in the Egyptian room at the famous Fitzwilliam museum.

The manager of the Museum decides to use a private enquiry agent, Daniel Wilson, a young man who became famous as part of Scotland Yard's Abberline team who solved the Ripper case. (There is some back story here as the principal members of that team have now left Scotland yard and are all working as private detectives). The investigation into the murder brings Daniel into contact with Abigail Fenton who discovers the body.

The story proceeds at a good pace, another two murders occur, but I found it a relatively unchallenging read. Perhaps attractive to those who look with nostalgia at the Golden Age who-dunnits.

Jim Eldridge has had ninety-five books published, which have sold over three million copies. He is also a radio, TV and movie scriptwriter who has had 250 TV scripts broadcast in the UK and internationally. He lives in Sevenoaks, Kent.

Jim Eldridge has had a long writing career but this appears to be the beginning of a new detection series, with two more titles promised in 2019.