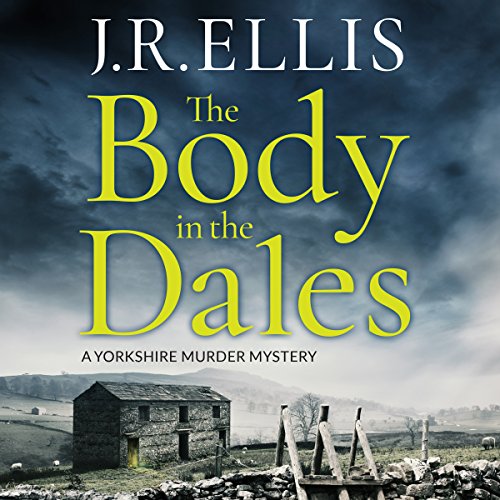 An unpopular victim. An impossible crime. A murderer on the loose.

A body is discovered deep in a cave beneath the Yorkshire Dales. Leading the investigation into the mysterious death are experienced DCI Jim Oldroyd and his partner DS Carter, a newcomer from London.

The deceased is Dave Atkins, well known throughout the village but not well liked. While there is no shortage of suspects, the details of the crime leave Oldroyd and Carter stumped. How did Atkins’s body end up in such a remote section of the cave? When someone with vital information turns up dead, it becomes clear that whoever is behind the murders will stop at nothing to conceal their tracks.

Oldroyd and his team try to uncover the truth, but every answer unearths a new set of questions. And as secrets and lies are exposed within the close-knit community, the mystery becomes deeper, darker and more complex than the caves below.

This story certainly takes most of us to places we have not been - underground into a cave system.
In reality this is something I would much rather do vicariously. Getting stuck underground would not be my idea of fun. Nevertheless I learnt a lot about caving

The first mystery to be solved is how the body got there? a remote section of a cave that is relatively difficult to get to. Did somebody carry the body there? It doesn't seem that the location was where the murder was committed. And then what was the motive for the murder?

DCI Jim Olroyd is an interesting character, and one can't help thinking of Andy Dalziel, and his treatment of newcomer DS Carter is kindly. I could have done without Carter's phone conversations with his inane London mate, although I suppose they do emphasis how very different life in Yorkshire is.

There were some inconsistencies in the mental picture of the deceased Dave Atkins who is described as both attractive to women, and a difficult person to like, but perhaps the last was from the point of view of cuckolded husbands.

The final solution to the first mystery was similar to my first thoughts on the topic, although the actual motive was harder to guess.

The narrator was set a hard task in this reading in that he attempts to reproduce an incredible number of voices. In the main he manages to make most voices distinctive.

About the author
John R. Ellis has lived in Yorkshire for most of his life and has spent many years exploring Yorkshire's diverse landscapes, history, language and communities. He recently retired after a career in teaching mostly in further education in the Leeds area. In addition to the Yorkshire Murder Mystery series he writes poetry, ghost stories and biography. He recently completed a screenplay about the last years of the poet Edward Thomas and he is currently working on his memoirs of growing up in a working class area of Huddersfield in the 1950s and 1960s.