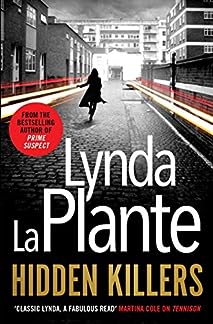 A prostitute dressed in a blue rabbit fur coat walks through the darkness of Hackney Fields, seemingly alone. But someone is waiting for her ...A woman is found dead in her bath, a small child crying in the room next door ...Is it accidental death or the perfect murder?

When WPC Jane Tennison is promoted to the role of Detective Constable in London's Bow Street CID, she is immediately conflicted. While her far more experience colleagues move on swiftly from one criminal case to another, Jane is often left with doubts about their findings. Becoming inextricably embroiled in a multiple-rape case, Jane must put her life at risk in the search for answers. Will she toe the CID line, or endanger her position by seeking the truth ...?

In the first book in the series, TENNISON, in the aftermath of an explosion in the bank vault, the police operation descends into pandemonium and panic. Police officers search the rubble for survivors and find Gibbs and a badly-injured. This incident and its impact on Tennison and colleagues is often referred to in HIDDEN KILLERS.

Actually though the background to this series needs mentioning. The televised series that resulted from the original PRIME SUSPECT books, featuring Helen Mirren as Jane Tennison, was immensely popular.
1. Prime Suspect (1991)
2. A Face in the Crowd (1992)
3. Silent Victims (1993)

Following on from the success of Prime Suspect, the author and ITV launched a new series, Prime Suspect 1973, a prequel to Prime Suspect. Set in London in the 1970's, this series, followed the early career of the formidable DCI Jane Tennison, the role that established Dame Helen Mirren as a household name. However La Plante walked away from the collaboration when she felt they were trying to change it too much. ITV scrapped the series but La Plante went on to write 4 more novels beginning with  HIDDEN KILLERS.

This book is really a collection of the cases that Detective Constable Jane Tennison becomes involved in beginning with a case where she is used as a decoy for a rapist.