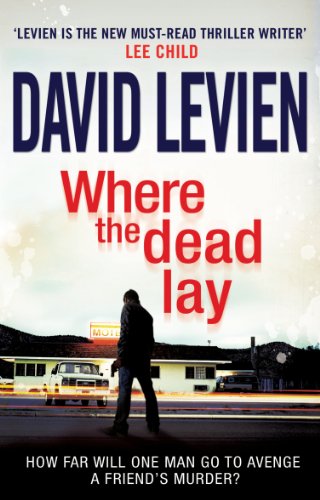 THE VICTIM was a fighter, but strength wasn't enough to save him from a gruesome end.

THE MISSING are two well-paid private investigators who vanish on a confidential job.

THE FAMILY is formidable, crazy, deadly, and will stop at nothing to make a mark.

THE INVESTIGATOR is Frank Behr: tough, reclusive, angry, and close to becoming . . .

THE HUNTED . . . can Behr track down the killers before they add him to their hit list?

The action takes place about 18 months after the first title in the series: CITY OF THE SUN. Frank Behr is working as an independent investigator and has taken up Ju Jitsu. He arrives in the early morning for his class and finds the instructor, with whom he has become very friendly, dead in the foyer of the building, murdered. He makes a pledge that he will find the person(s) responsible.

Frank has heard other detectives talk about the inter-relatedness of cases they take on, but he has never really believed it until now when connections begin to pop up between two cases that are seemingly unrelated.

And Frank now has some personal problems to resolve with his lover Susan.

A good well constructed novel that just keeps you reading to the end.