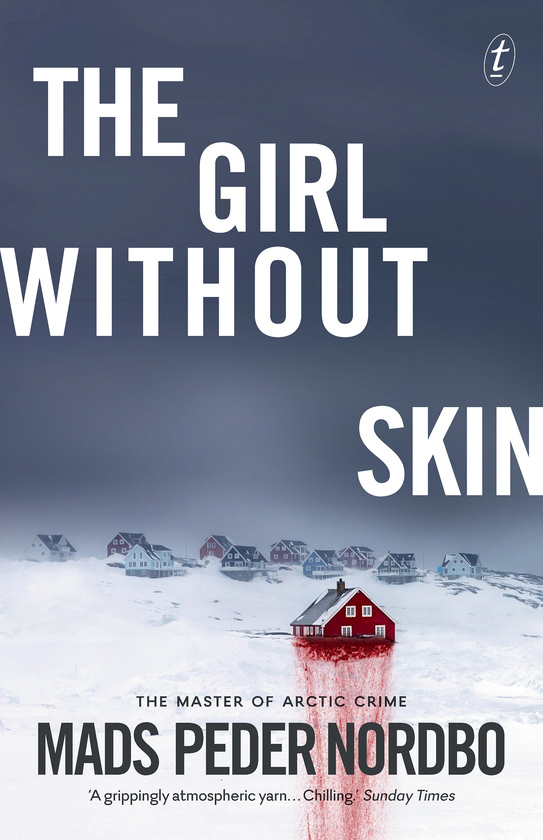 They were near the edge of the glacier. The sea beneath the helicopter was dense with pack ice. In front of them, the endless whiteness stretched as far as the light could reach. It hurt his eyes. Millions of white crystals. Except in one place. One spot. Right where the mummified Norseman had been found and Aqqalu had kept watch. There, the ice was glossy red.

When a mummified Viking corpse is discovered in a crevasse out on the edge of an ice sheet, journalist Matthew Cave is sent to cover the story. The next day the mummy is gone, and the body of the policeman who was keeping watch is found naked and flayed—exactly like the victims in a gruesome series of murders that terrified the remote town of Nuuk in the 1970s.

As Matt investigates, he is shocked by the deprivation and brutal violence the locals take for granted. Unable to trust the police, he begins to suspect a cover-up. It’s only when he meets a young Inuit woman, Tupaarnaq, convicted of killing her parents and two small sisters, that Matt starts to realise how deep this story goes—and how much danger he is in.

Here is your chance to be in at the beginning of a new translated Nordic crime fiction series. Matthew Cave is a Danish journalist who has moved to a new job in Nuuk in Greenland, because there are too many reminders in Denmark of what his life might have been like.

The reporting of a mummified Viking corpse, possibly over 600 years old, promises to be a story which will bring him and his camerman world wide coverage. But when the corpse disappears overnight and the policeman who was guarding it is murdered, the whole story is hushed up. It reminds one of his colleagues of a 40 year old cold case where 4 locals were murdered in the same way. Matt is asked by his editor to do some research on the events of 49 years earlier/

About the author
Master of arctic crime Mads Peder Nordbo has recently returned to Denmark after a long stint in Greenland, where he worked at the town hall in Nuuk. He has written six novels and been published in eighteen languages. The Girl Without Skin, also published by Text, was the first of his books to be translated into English.