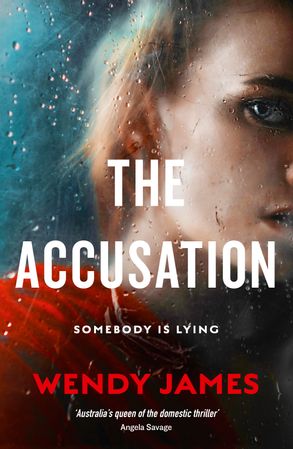 A bizarre abduction. A body of damning evidence. A world of betrayal.

After eighteen-year-old Ellie Canning is found shivering and barely conscious on a country road, her bizarre story of kidnap and escape enthrals the nation. Who would do such a thing? And why?

Local drama teacher Suzannah Wells, once a minor celebrity, is new to town. Suddenly she's in the spotlight again, accused of being the monster who drugged and bound a teenager in her basement. As stories about her past emerge, even those closest to her begin to doubt her innocence.

And Ellie? The media can't get enough of her. She's a girl-power icon, a social-media star. But is she telling the truth?

Middle aged Suzannah Wells, once the star of a soapie on Australian television, has come to a small country town in Victoria to teach drama at a local high school. She has bought an old house on the edge of town, bringing with her her elderly mother Mary who has dementia. She and her mother have few friends in the town, and her mother has a carer drop in three days a week while Suzannah is at work.

But their relatively comfortable life is shattered when Ellie Canning tells the police that she has been imprisoned for three weeks in the cellar of Suzannah's house. Suzannah can't work out why Ellie is telling such patent lies. What does she hope to gain by it?

The story results from a number of narrative sources: Suzannah herself, transcripts from interviews held with Ellie for a documentary series, and a friend of Suzannah's called Honor who eventually takes Ellie under her wing. The story begins in August 2018 when a local farmer finds Ellie in a derelict hut on his property, and continues into 2019.

It was only when I was talking to a friend about the plot of this book, that she told me that it was very similar to that of a book that she had recently read. I researched the name of the author that she gave me, and I found there was indeed a connection. And then confirmation came at the beginning of Part Three. And then in an Author Note at the end came indeed the final confirmation of what my Google research had implied. I realised too that there had been a quite major hint in the body of the novel, but until my friend told me of the similarity, I hadn't realised the significance.

But I'm not going to spoil the "story" for you - rather leaving it for you to discover for yourself.

That's an intriguing review. What was found out, and by whom. I'll have to see if I can read it myself.