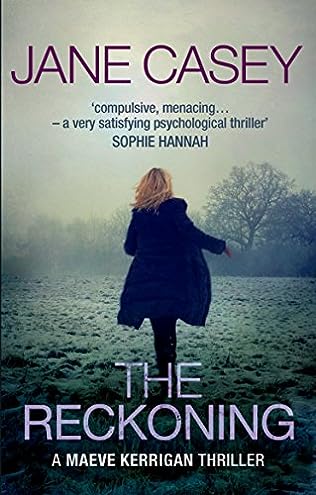 To the public, he's a hero: a killer who targets convicted paedophiles.

Even the police don't regard the cases as a priority. Most feel that two dead paedophiles is a step in the right direction.

But to DC Maeve Kerrigan, no one should be allowed to take the law into their own hands. Young and inexperienced, Kerrigan wants to believe that murder is murder no matter what the sins of the victim. Only, as the killer's violence begins to escalate, she is forced to confront exactly how far she's prepared to go to ensure justice is served...

This turned out to be a very complex, and rather slow read. Told mainly by Maeve, but also through a second character. The complexity of the plot was nearly its undoing.

Someone is targeting paedophiles within a fairly confined geographic area, trying to get the truth out of them as they are slowly tortured and eventually killed. But what is the truth that the person is looking for? Is it about revenge or personal justice, or is he looking for someone? Eventually the killer makes a mistake and is caught, but then the second part of the hunt begins. A race against time to find at least two missing girls.

Maeve Kerrigan is assigned to a new DI who seems to regard her as decoration, not required to comment or use her brain. It goes right against how Maeve sees herself.