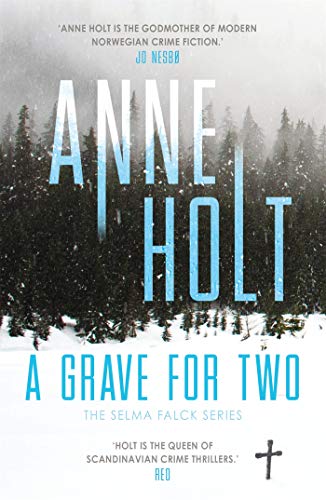 Selma Falck has hit rock bottom. Having lost everything - her husband, her children and her high-flying job as a lawyer - in quick succession, she is holed up alone in a dingy apartment. That is until Jan Morell - the man who is to blame for her downfall - rings her doorbell, desperate to overturn a doping accusation against his daughter, Hege - Norway's best female skier. He'll drop his investigation into Selma, but only if she'll help... With just weeks until the Olympic qualifying rounds, clearing Hege's name, and getting Selma's own life back on track, seems impossible.

But when an elite male skier is found dead in suspicious circumstances, the post-mortem showing a link to Hege's case, it becomes clear to Selma that there is a sinister web of lies, corruption and scandals lurking in this highly competitive sport. As time starts to runs out, another person is found dead, and Selma realizes that her own life is at risk...

It is December 2017. In February 2018 the Winter Olympics will be held in PyeongChang in South Korea, and Norway is looking to confirm its position as top of the tree in cross country skiing. Hege Chin Morell is the key to this success, but now she has returned a positive test to a banned substance. Norway's team is yet to be finalised.

Selma Falck, once Norway's top lawyer, has become addicted to gambling. And worse, she has embezzled funds from her clients  and particularly from Jan Morell. Now 50, Selma was also, in her day, a world class athlete. And she is also godmother to Norway's top male skier.

This novel features a very high level of complexity with several intersecting plot lines, plus a number of different narration techniques. To be honest, I found it pretty hard going, slow reading, for much of the time, but thankfully everything seemed to come together at the end.