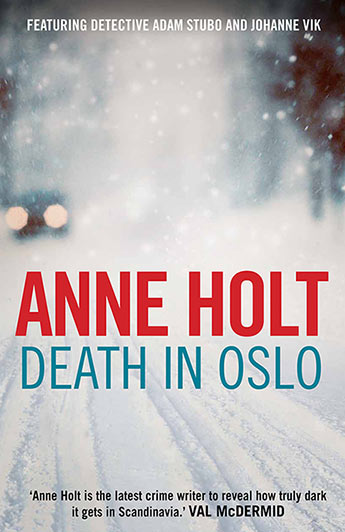 The gripping third instalment in Anne Holt's Vik/Stubo series. When the first female US president is kidnapped on a state visit to Norway, Johanne Vik and Adam Stubo must race against time to prevent a national security crisis.
Can the US president really just disappear into thin air...?

Helen Barclay, the first female of the United States, has been kidnapped on a state visit to Norway: it is up to the FBI and the Norwegian police to work together to find her. But their enemy is far more powerful than they could ever imagine.

The President's abduction represents the biggest threat to homeland security since 9/11. However, as Johanne Vik assists on the investigation she learns that the private life of President Barclay is also under attack. There are those who would stop at nothing to destroy the leader of the free world. And in a twist of fate, secrets from Johanne's own past are at risk of being revealed, jeopardising all she has worked for and endangering the lives of those she loves most...

There are a few editing and plotting slips in this novel, not the least that between the covers the US President is Helen Bentley (not Barclay as stated on the dustjacket).

I had already "met" Joahnne Vik and Adam Stubo in a previous title in the series, and also Hanne Wilhelmson who becomes important in the second half of the novel in 1222.

The plot is an interesting one- the disappearance/kidnapping of the American President while on her first overseas state visit. Norway had been chosen because it was "friendly" and relatively small, but the President had chosen to come on Norway's National Day. In retrospect the visit was low key and the President was not accompanied by the huge entourage that had been expected. When she disappeared overnight from her hotel, the investigation becomes a struggle for power and control by the Oslo police, the FBI and the CIA.  Sightings of the President are at first numerous and then she disappears completely.

Despite some plot threads that for me were not sufficiently resolved, an engrossing read.