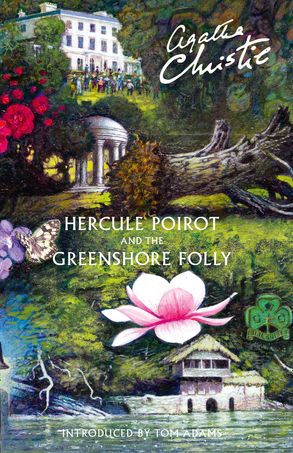 As a favour to an old friend, Hercule Poirot finds himself at a summer fete in Devon, taking part not in a Treasure Hunt, but a Murder Hunt, in this never-before-published novella version of Dead Man's Folly. Now released for the first time in print in this illustrated collector's edition.

Sir George and Lady Stubbs, the hosts of a village fête, hit upon the novel idea of staging a mock murder mystery. In good faith, Ariadne Oliver, the well known crime writer, agrees to organise their murder hunt. But at the last minute Ariadne calls her friend Hercule Poirot for his expert assistance. Instinctively, she senses that something sinister is about to happen…

In 1954, Agatha Christie wrote this novella with the intention of donating the proceeds to a fund set up to buy stained glass windows for her local church at Churston Ferrers, and she filled the story with references to local places, including her own home of Greenway. But having completed it, she decided instead to expand the story into a full-length novel, Dead Man's Folly, which was published two years later, and donated a Miss Marple story (Greenshaw's Folly) to the church fund instead.

Unseen for sixty years, Hercule Poirot and the Greenshore Folly is finally published in this collector's hardback edition. The book includes a jacket painting, illustrations and exclusive introduction by Tom Adams, Agatha Christie's most famous cover artist, who is back illustrating Agatha Christie for the first time in more than 30 years.

This edition was made all the more fascinating by the foreword from Tom Adams who illustrated the covers of so many Agatha Christie novels, a preface by her grandson Matthew Prichard, and an afterword by Christie apologist John Curran. These extras allow the reader to have an insight into the creation of this novella.

At the village fete Lady Hattie Stubbs, the hostess, disappears when she should have been doing something official. At the same time Ariadne Oliver's worst fears are realised when the victim of her mock murder mystery at the fete is found strangled. Later the gardener's father, who'd dropped a few cryptic lines into Hercule Poirot's ear, also dies. Lady Stubbs is never found and it is finally Hercule Poirot who works out what has happened to her, and just who Sir George Stubbs is.

This is longer than a short story, and about half the size of a full length novel.